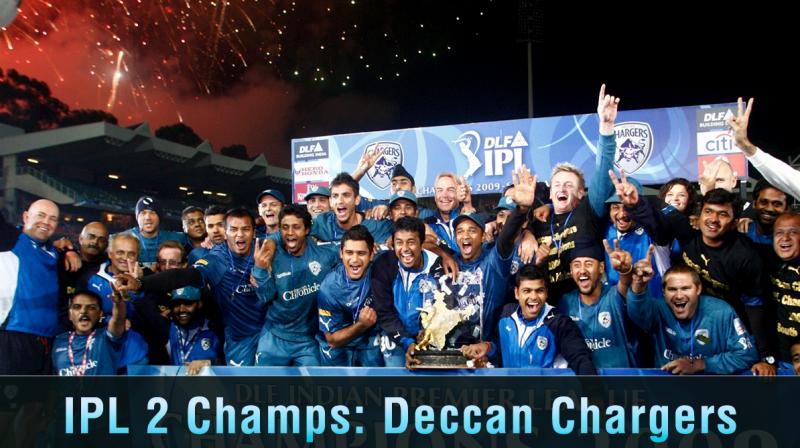 Hyderabad: A Bombay High Court appointed arbitration tribunal on Friday found illegal the termination of the Deccan Chargers IPL team by the Board of Cricket Control in India (BCCI), and awarded its promoters, DCHL, substantive damages and compensation which, plus interest and costs, totals approximately Rs 8,000 crore. This is possibly the biggest award in sporting arbitration history.

According to a statement by the lawyers Dhir and Dhir Associates, the dispute arose in the fifth IPL season, when BCCI issued a show cause notice for termination on August 11, 2012, over what the promoters alleged were “trivial matters”. The promoters also said it was a case of discrimination as other franchises that had actually indulged in illegal activities were only handed meagre penalties, or banned for two seasons.

The Decan Chargers promoters were given 30 days to rectify matters, but the IPL in a meeting on the 29th day took a decision to terminate the franchise. The rectification happened on the 30th day itself, yet the BCCI chose to disregard it.

Deccan Chargers approached the Bombay High Court and as per the terms of the franchisee agreement, arbitration proceedings started with Justice (retd) CK Thakar as the sole abitrator. DCHL sought the termination to be set aside and claimed damages of Rs 6,046 crore plus interest and charges as per the terms of the agreement. BCCI countered with a claim of Rs 214 crore for the remaining five years of the ten-year contract (signed in 2008) as the franchisee fee.

Proceedings were reserved for orders in 2017 and the final award passed on Friday. In it, the arbitrator found the termination illegal. It was held premature as the termination was done before the end of the time period. Adding to the haste was the fact that the matter was rectified by the promoters within the time period. It also held that as the other franchises – found guilty of betting – were banned only for a limited number of seasons, that too on the direction of the Supreme Court, the Chargers' termination was arbitrary and unfair.

The damages and compensation allowed by the arbitrator amount to Rs 4,814.67 crore plus 10 per cent interest per year from the date of the initiation of arbitration proceedings (in 2012) plus cost of Rs 50 lakh. The BCCI's counterclaim was allowed in part. BCCI has yet to comment on the award.

“It is gratifying that justice has prevailed,” Maneesha Dhir, appearing for DCHL, said.