Stokes was awarded six runs, though some experts have opined that he should only have got five. 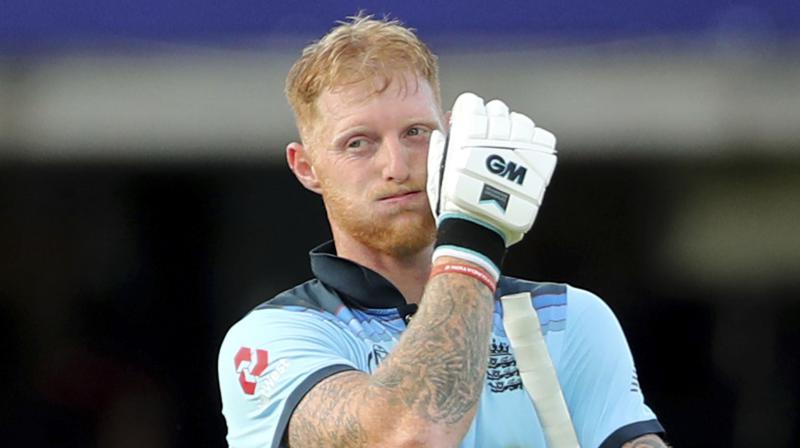 Christchurch-born Stokes said after the summit clash that he might have to say sorry "for the rest of my life" for the extra runs which he labelled "fluke". (Photo: AP)

London: England World Cup hero Ben Stokes asked the umpires to take away the four overthrows that proved decisive during their summit clash win over New Zealand on Sunday, according to his Test team-mate Jimmy Anderson.

A throw from Black Caps fielder Martin Guptill deflected off Stokes' bat while he was diving to reach his crease to complete the second run and the ball ran off to the boundary in the dying stages of the England run chase.

Having taken into account the two completed runs and the resultant boundary from the overthrow, Stokes was awarded six runs, though some experts have opined that he should only have got five, which would have left England a run short of New Zealand's total of 241 for 8.

If Stokes had his way, the match might have never reached a tie and gone to a Super Over, where both teams scored 15 runs and England eventually won the World Cup on boundary count.

Anderson, who will be Stokes' Test team-mate for the upcoming Ashes series against Australia, said that the England all-rounder, who apologised the moment the incident happened by raising his hands, had appealed to the umpires to overturn their decision.

"The etiquette in cricket is if the ball is thrown at the stumps and it hits you and goes into a gap in the field you don't run. But if it goes to the boundary, in the rules it's four and you can't do anything about it," Anderson told the BBC's Tailenders podcast.

"I think, talking to Michael Vaughan who saw him (Stokes) after the game, Ben Stokes actually went to the umpires and said, 'Can you take that four runs off. We don't want it'. But it's in the rules and that's the way it is," added Anderson.

"It's been talked about for a while among the players, potentially that being a dead ball if it does hit the batsman and veer off somewhere."

Christchurch-born Stokes said after the summit clash that he might have to say sorry "for the rest of my life" for the extra runs which he labelled "fluke".