The Men in Blue have won all three of their previous matches against Pakistan in the knockout stages of ICC tournaments. 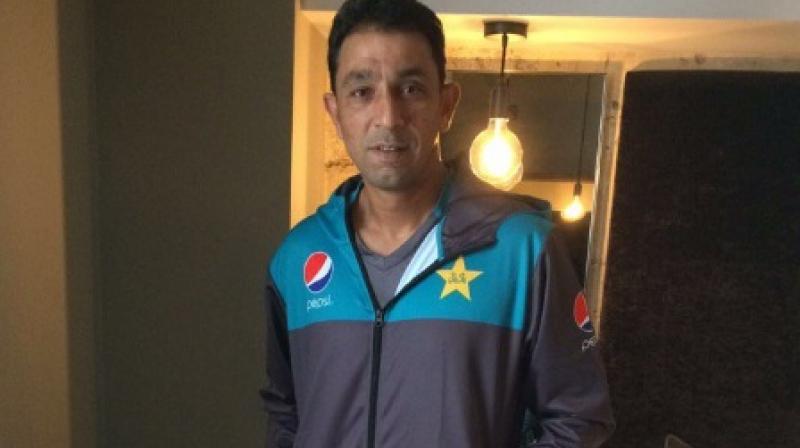 London: Pakistan bowling coach Azhar Mahmood feels that his team has nothing to lose in the high-octane Champions Trophy final against India and it would be the Men in Blue, who would be under pressure at The Oval on Sunday.

"We've got nothing to lose - the pressure is more on them," the Dawn quoted Azhar as saying. "They are ranked higher than us - so everyone is talking about India,but I can tell you one thing - we have come to win," he added.

Going into the finals, title-holders India will be firm favourites against a Pakistan side, who were the lowest ranked of all the teams taking part in a tournament featuring the world's top-eight ODI sides.

The Men in Blue have won all three of their previous matches against Pakistan in the knockout stages of International Cricket Council (ICC) tournaments to date but Azhar feels there was no reason that the sequence could be extended this weekend as well.

"India have the upper hand in ICC tournaments but things can change, and this is the time for us to change the tag that we don't perform well at ICC events," said the 42 year-old.

"History can change, and I hope we can [change it]," he added.

The former Pakistan all-rounder further claimed that the game between the two arch-rivals is bigger than that of the Ashes and thus pressure would be there on both the teams. "It is massive," said Azhar.

"But [now] on the biggest stage it is India v Pakistan. It is like the Ashes ... it is bigger than the Ashes - and expectation is high from both nations, crazy about cricket."

"The pressure is high for both sides and their countries ... it is a dream final for the sponsors and the broadcasters," he added.

Team India, the defending champions, registered their place in the Champions Trophy final after registering resounding nine-wicket win over Bangladesh in the second semi-final to set up another mouth-watering, high-octane clash with Pakistan in the finals.

Going into the match, India would be high on confidence having comprehensively defeated their Asian neighbour by 124 runs in the group stage.

However, it would not be an easy one for the Men in Blue to defend their title as they would face a charged-up and equally confident Pakistan, who surprised everyone by beating favourites England in the first semi-final at Cardiff on Wednesday.

And the Pakistan bowling coach believes his team's victory would be no great surprise.

"It wouldn't be a shock if we won. No one gave us a hope when we got here. We were the number eight ranked side, and no one gave us any credit," said Azhar.

"But someone asked me before the tournament who would be in the final and I said Pakistan. I believe in my boys ... if we win it would be a great gift to the whole nation," he added.