ICC TV will cover all 48 matches, including live coverage of all 10 warm-up matches for the 1st time. 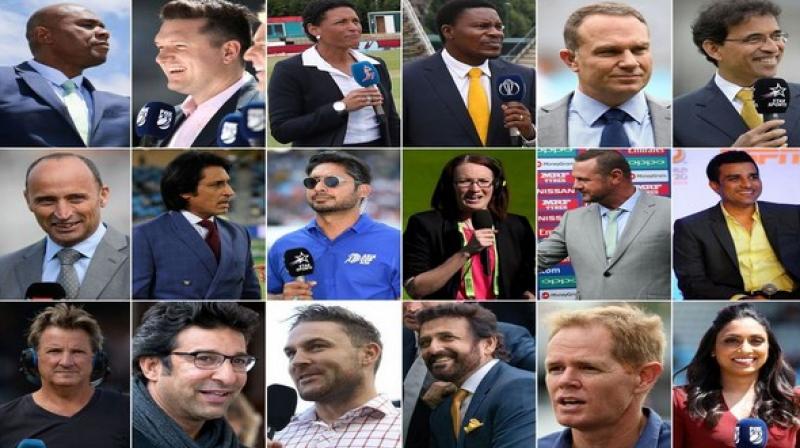 The coverage will also be complemented with a variety of analytical and visual enhancements including the use of Player Tracking. The drone camera will also provide stunning visuals of all venues across England and Wales. There will be a roving Buggy Cam as well, for a ground-level view of proceedings. (Photo: ICC)

Dubai: Former cricketers Sourav Ganguly and Sanjay Manjrekar have been named in the International Cricket Council's (ICC) commentary panel for the upcoming World Cup, beginning May 30 in England and Wales.

"The whole of England and Wales is buzzing with excitement in anticipation of the massive summer of cricket ahead. This edition of the ICC Men's Cricket World Cup promises to be the most entertaining one yet and I cannot wait to be part of this event broadcast and witness history in the making, first hand," former England batsman Nasser Hussain said.

Melanie Jones, a veteran of 61 ODIs and 5 Tests, said, "There is an intense sense of anticipation for this year's ICC Men's Cricket World Cup amongst players and fans alike.

The round-robin format pitting each nation against each other, added with the strength of all ten teams, will no doubt result in the most competitive and closely fought World Cup to date. Add to that the chance of first time World Cup winner and it's as exciting as the possibility of numerous upsets throughout."

"The upcoming Cricket World Cup has the same format as in 1992. It is the best format as teams get more chances and I reckon all teams will have an equal chance to qualify for the semi-finals. A World Cup comes every four years so players wait for it and do their best to give a memorable performance.

I hope we are going to see some stiff competition with the edge of the seat thrillers, high skills and unmatched moments with the best players of the world on show," Wasim Akram, member of 1992 World Cup winning team Pakistan, said.

ICC TV will produce live coverage of all 48 matches being played over 46 days, as well as full live coverage of all ten warm-up matches for the first time. Viewers will be treated to state-of-the-art coverage which will include a minimum of 32 cameras at every game, including eight ultra-motion Hawk-Eye cameras, front and reverse view stump cameras and Spidercam.

For the first time at a Cricket World Cup, the broadcast will produce 360deg replays, which allows multiple cameras feed to be stitched together to create a stunning video that helps provide in-depth analysis of big moments in the game.

The coverage will also be complemented with a variety of analytical and visual enhancements including the use of Player Tracking. The drone camera will also provide stunning visuals of all venues across England and Wales. There will be a roving Buggy Cam as well, for a ground-level view of proceedings.

The host England and South Africa will play in the World Cup curtain-raiser on May 30 at The Oval.