T20 World Cup can be held in February like the women's event: Simon Katich 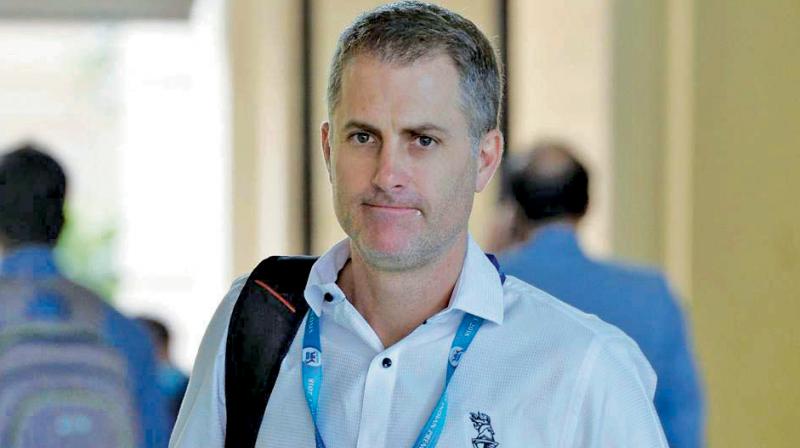 Katich, who is the head coach of IPL franchise Royal Challengers Bangalore, said that the men's tournament can be played just like Women's T20 World Cup in February next year.

"Potentially there's a chance to host it later in the summer, like the recent Women's T20 World Cup, and whether that's an opportunity to re-jig things... it'll be interesting to hear those discussions which are probably taking place at the moment and whether that's logistically possible with the FTP in the way," ESPNCricinfo quoted Katich as saying to the SEN Radio.

"But I'm sure that a T20 World Cup is a priority for all the organisers at the moment, to try and make sure it goes ahead at some point in the Australian summer given that we're hosting it," he added.

Earlier, an ICC source had confirmed to ANI that as of now no board member has asked for a change in the schedule of the T20 World Cup.

"Nothing has changed since the board meeting release and no member is asking for a date change as of now," the source told ANI.

The ICC Board had met on March 27 through a teleconference to discuss the impact of the pandemic on the sport globally. However, the ICC had said that the T20 World Cup 2020 will "go ahead as scheduled".

The ICC T20 World Cup is scheduled between October 18 to November 15 at seven venues across Australia.

Speaking on the Indian Premier League, Katich said that RCB would be happy if the tournament takes place abroad.

Katich said that RCB has a lot of South Africans and Australians in their squad and if the tournament happens abroad, it would bode well for the team.

"Whether it would be in Australia or elsewhere, that's an interesting topic of conversation. There would be a few teams, us in particular at RCB, who would be very happy for it to be played abroad," he said.

Whether in India or abroad, Katich is confident that IPL would definitely go ahead this year.

"There is a huge economic side to this in terms of what the IPL generates, not only for the Indian economy but also for the franchises as well and for the BCCI. I guess the thing that has to be weighed up is ... there's probably a little bit of a difference in terms of the IPL," Katich said.

"Because of the amount of eyeballs that are on the IPL in India when it's on in April and May, it is a scenario where it is potentially still very commercially viable being played with empty stadiums, so that's something no doubt they'll be weighing up," he added.