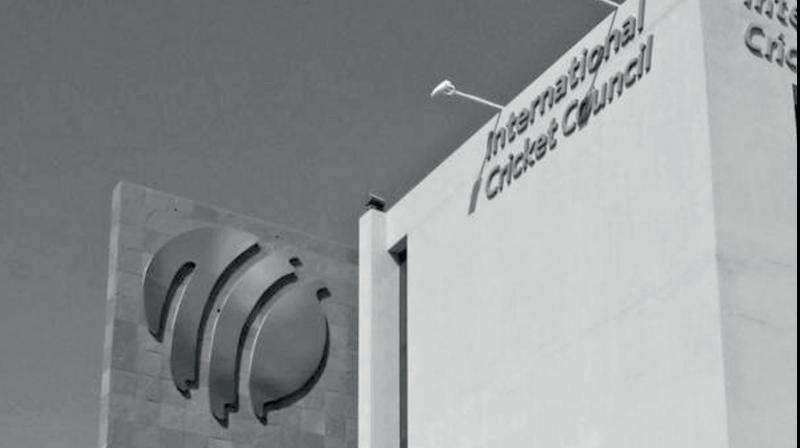 Melbourne: The International Cricket Council (ICC) is going ahead with its plans for the T20 World Cup in Australia and not unduly worried about whether it will be affected by the Covid19 pandemic as the premier event is more than five months away.

While stating that it is working towards that original schedule, it however said that it is "exploring all options" as part of its comprehensive contingency planning for all its events.

This is perhaps an indication to the Indian cricket board and all those who are indicating that the T20 World Cup be moved forward for the cash-rich Indian Premier League to happen that ICC is not paying heed any such moves.

The T20 World Cup is scheduled to be held in Australia from October 18 to November 15 but with all sporting events either postponed or cancelled due to the global health crisis, the fate of the tournament remains uncertain.

With Australia sealing its borders and putting restrictions on travel to contain the dreaded disease, there have been speculations that the T20 World Cup could be postponed to next year or held inside closed doors.

"We are continuing with our planning for ICC events as they are, but given the rapidly evolving situation as a prudent and responsible measure we are also undertaking a comprehensive contingency planning exercise," an ICC spokesperson was quoted as saying by SkySport.

"This includes exploring all options available to us based on a range of scenarios connected to the pandemic."

The T20 World Cup is still six months away and ICC said it will take a decision after consulting all stakeholders, including the Australian government sometime in the future.

"We will continue to take advice from experts and authorities, including the Australian government and will take decisions at the appropriate time," the spokesperson said.

"We will utilise all the data and information available to us to ensure we can take well-informed, responsible decisions that are in the best interests of our sport."

Former captain Allan Border and star all-rounder Glenn Maxwell have already given a thumbs down to the prospect of the tournament happening without spectators, while former batsman Simon Katich and wicket-keeper batsman Alex Carey feel delaying the event remains an option.