Pakistan Cricket Board members choose to walk out 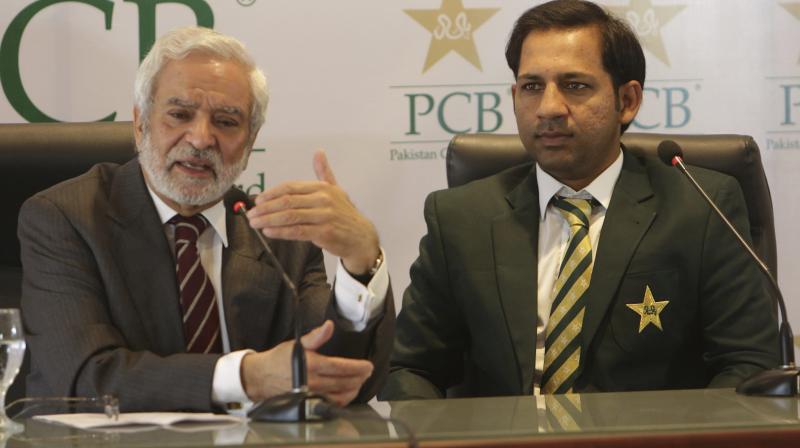 Pakistan currently has 16 teams in its top tournament, the Quaid-e-Azam Trophy, with eight from regions and eight departmental teams.(Photo: AP)

Islamabad: A meeting of the Pakistan Cricket Board ended abruptly Wednesday when five of its seven members walked out after their ideas to restructure the domestic game were dismissed.

The five members presented a signed resolution which said departments and regions in the country should remain part of the domestic cricket setup. They also wanted the appointment of Wasim Khan as PCB managing director to be declared "null and void."

Last month, Pakistan Prime Minister Imran Khan - a former playing great who is also the patron of the national governing body - had directed PCB chairman Ehsan Mani to strip departments of their playing rights. He said the PCB should have only six teams competing in top level domestic cricket.

"We were supposed to debate on several agenda items but unfortunately these (five) members came to the meeting with their own agenda," Mani said. "I don't know why now they are protesting when I took the approval (of Wasim Khan's appointment) in the last meeting.

"I even told them that I could see whether their resolution could be discussed after we finish the agenda items, but they just walked out."

Muhammad Numan Butt, one of the five members who walked out, said there was no provision of appointing a managing director in the PCB's constitution and Mani didn't seek the approval of the board.

"He (Mani) is not telling the truth," Butt said. "There is no such provision to have a managing director in the PCB."

Pakistan currently has 16 teams in its top tournament, the Quaid-e-Azam Trophy, with eight from regions and eight departmental teams.

The PCB had remodeled the structure with only the regional teams competing in first class cricket. But Imran Khan wanted the PCB to reduce the Quaid-e-Azam Trophy to a six-team tournament - two from Punjab province and one each from Sindh, Khyber Pakhtunkhwa, Baluchistan and Gilgit-Baltistan - with departments having no role in it.