Sports   Cricket  17 Apr 2019  Mumbai to battle Delhi tomorrow, Pant to look out for after his World Cup expulsion
Sports, Cricket

Mumbai to battle Delhi tomorrow, Pant to look out for after his World Cup expulsion

Pant has been mum on being ignored for the World Cup in favour of Karthik and it would be interesting to see how his bat responds to it. 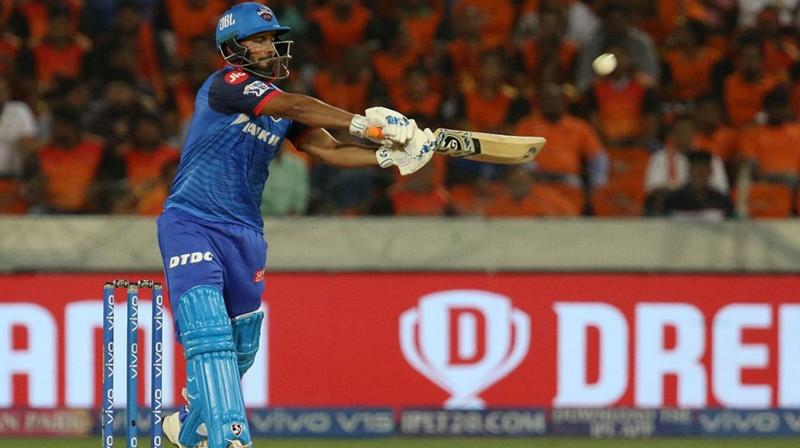 Capitals got the better of Mumbai Indians at Wankhede earlier in the competition, so expect the Rohit Sharma-led squad to come back harder at Kotla. (Photo: BCCI)

New Delhi: Rishabh Pant will be in focus after his fiercely-debated World Cup exclusion when a buoyant Delhi Capitals aim to replicate its stellar away form at home against the Mumbai Indians in an Indian Premier League match here Thursday.

Pant has been mum on being ignored for the World Cup in favour of Dinesh Karthik and it would be interesting to see how the 21-year-old's bat responds to the disappointment.

With 10 points from eight games, both teams are on course to make the play-offs. While that counts as familiar territory for three-time IPL champions Mumbai Indians, Capitals are in the middle of a remarkable resurgence, having not finished in the top-four since 2012.

The celebrated duo of head coach Ricky Ponting and mentor Sourav Ganguly has managed to instill belief in the team members and that is visible on the field. The team now seems to believe that it can win the title after a long spell as the perennial underachiever of the competition.

"The support of the coaches Ricky Ponting and Sourav Ganguly... Their experience as a captain along with the belief they instill in us is great. At the same time the young boys in our team are also getting mature," said senior player Shikhar Dhawan ahead of the game against Mumbai Indians.

"It has been a good season for us. It's a clean slate for the Delhi franchise, new name, new adminstration, support staff everyone was new. Our team is strong and is a balanced side with the overseas and Indian players," he added.

The South African pace combine of Kagiso Rabada and Chris Morris have delivered for the team. Even in the previous game against Sunrisers Hyderabad, the two pacers shared seven wickets to fashion an unlikely win for Capitals who successfully defended 155 by bowling out the hosts for 116.

West Indies pacer Keemo Paul too has come to the party in the last two games by picking up five wickets. The batting unit, led by captain Shreyas Iyer, is also hitting its strides with Dhawan back among the runs following a few quiet games.

His opening partner is due for a big knock after making little impact in the last five games.

But the centre of attention will be Pant, who will be playing his first game after missing out on a World Cup spot, a decision that has divided opinions.

The focus will also be on the Kotla pitch which has already copped criticism for its slowish nature. Ponting had described it as the "worst possible" track for the home team after a loss earlier in the tournament.

Apart from the super over game against KKR, the other two matches here have been low-scoring affairs with the home team ending on the wrong side of the result on both occasions.

Like Capitals, Mumbai Indians are also getting better with each game and look a more potent outfit with the return of Lasith Malinga. All-rounder Hardik Pandya is also firing on all cylinders.

Pandya, who smashed an unbeaten 37 off 16 balls in Bangalore on Thursday, has spoken about how time away from the game is helping him at the moment.

Capitals got the better of Mumbai Indians at Wankhede earlier in the competition, so expect the Rohit Sharma-led squad to come back harder at Kotla.