'I would have preferred 16 players': Ravi Shastri

'I don't get involved in selection. If we have any opinion, we let the captain known,' added Shastri. 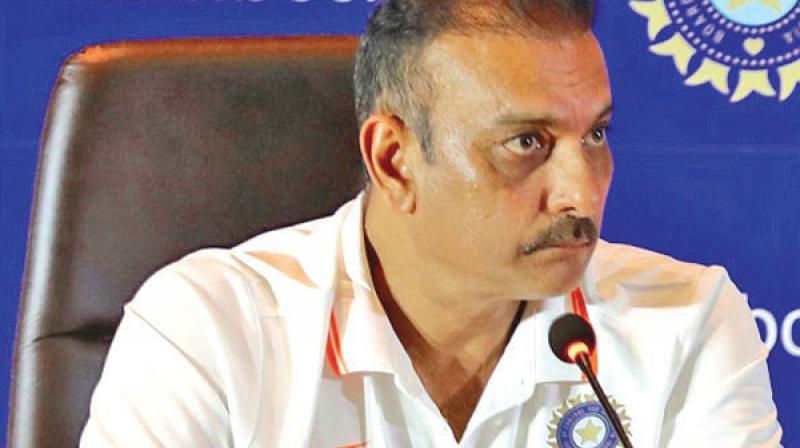 Shastri said those who missed the final 15 should look ahead as opportunity can knock anytime.

Dubai: India coach Ravi Shastri Wednesday said he would have preferred a 16-member World Cup squad instead of the mandated 15 and urged those who missed out to "not lose heart".

India Monday announced a 15-strong squad for the mega-event, starting May 30 in the United Kingdom, and the omissions of young keeper-batsman Rishabh Pant and veteran Ambati Rayudu triggered a debate on the choices made by the selectors.

Shastri steered clear of commenting on the furore.

"I don't get involved in selection. If we have any opinion, we let the captain known," Shastri was quoted as saying by the 'Sport360' website here.

"When you only have 15 to pick, there is bound to be someone or the other who misses out, which is very unfortunate. I would have preferred 16 players. We had mentioned to the ICC that in a tournament that long, 16 players makes sense. But the diktat was 15," he added.

Shastri said those who missed the final 15 should look ahead as opportunity can knock anytime.

"They (who missed out) shouldn't lose heart. It's a funny game. There could be injuries. So you never know when you could be called up," he said.

When pressed on Vijay Shankar's selection for the No.4 slot months after captain Virat Kohli declared Rayudu as the front-runner for the position, Shastri said the spot remains a flexible one.

"Total flexibility (on No4 position) depending on conditions, opposition. I would say the top three but after that you can be very flexible," he said.

Shastri also brushed aside criticism that India seem to be too reliant on Kohli to carry them through.

"If you look at the last five years, the way the Indian team has performed, they have always been in the top two or three. To be in top two or three for five years in a row, No1 in Tests, again top three in T20 cricket you can't depend on one player," he asserted.

"You have that kind of consistent record, you need a bunch of players performing all the time. Due credit to the team," he said.

Speaking in general about the marquee tournament in the UK, Shastri gave the favourites' tag to England.

"England have been the most consistent team over the last two years. They have multi-dimensional players. They have depth in bowling and batting. And they are playing at home. So they would start as favourites," Shastri said.

"But there are so many teams that can beat any team on a given day. In a tournament like the World Cup, you have got to be on top of your game every game," he added.