Mumbai’s middle order collapsed against Delhi after their openers had raced to 100 in the ninth over. 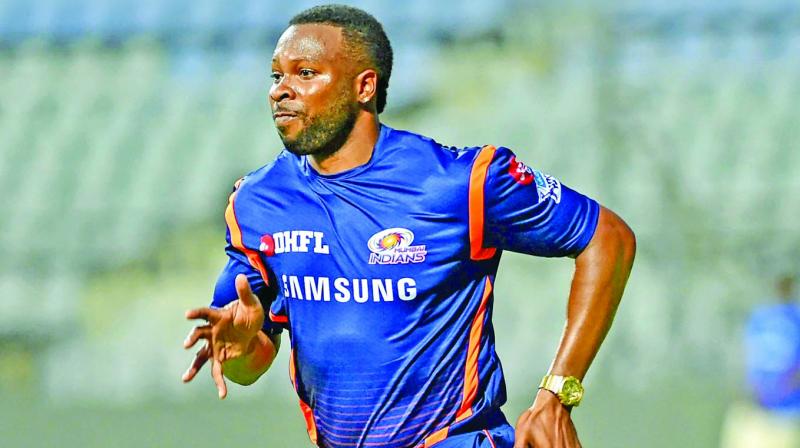 Mumbai: In a battle of basement-dwellers, Mumbai Indians will take on Royal Challengers Bangalore in IPL-11 at the Wankhede Stadium here on Tuesday. Perpetual poor starters, the hosts find themselves in a familiar situation as they are yet to open their account. RCB, top contenders for the crown of under achievement in the IPL, would also be desperate to click into gear.

That Mumbai could have won each of the three matches should provide them some comfort. If Dwayne Bravo took the match away from them in the opener, Jason Roy plotted their downfall in the previous game. Maybe defending champions Mumbai lack the killer instinct that helped them fire on all cylinders in the second half last season.

Kieron Pollard, a central figure for MI in all their victorious campaigns, said: “We lost to CSK and SRH because of our failure to get the final wicket. It’s one area where we can improve. We need to be consistent towards the end. I feel 190 is defendable in any ground.”

Mumbai’s middle order collapsed against Delhi after their openers had raced to 100 in the ninth over. In the first game, spinner Mayank Markande had CSK in tatters only to see Jasprit Bumrah, Mustafizur Rahman and Mitchell McClenaghan concede 120 runs in 11.5 overs. The exact opposite happened against Delhi as Markande and Akila Dhananjaya went for 89 runs in seven overs after excellent work from Bumrah and Rahman. In other words, Mumbai need to get their act together as a team.

Pollard dropped a hint that the bowling line-up would remain the same. “If you don’t perform, you get dropped. After two games, it is easy to say ‘Pick this one, drop this one.’ If you keep doing that, what would you have to select your team from?” he asked.

RCB’s poor start continued when they lost to Rajasthan Royals in a high-scoring game. The only positive from the defeat was Virat Kohli’s return to form with 57 off 30 balls. Brendon McCullum, AB de Villiers and Quinton de Kock have also played one good innings apiece and RCB would expect consistency from them.

Mumbai skipper Rohit Sharma did make a bold move in promoting local batsman Suryakumar Yadav to the top, but it is yet to pay the team dividends. His scores of 15, 11 and 18 highlight his struggle in the middle. Pollard and Hardik Pandya have also not been at their best.

If you don’t perform, you get dropped. After two games, it is easy to say ‘Pick this one, drop this one.’ If you keep doing that, what would you have to select your team from?
— Kieron Pollard