A journey from tennis ball to season ball

A few empty-handed returns from trials at cricket clubs and eventually cracked the trials of Mumbai’s under-19 team. 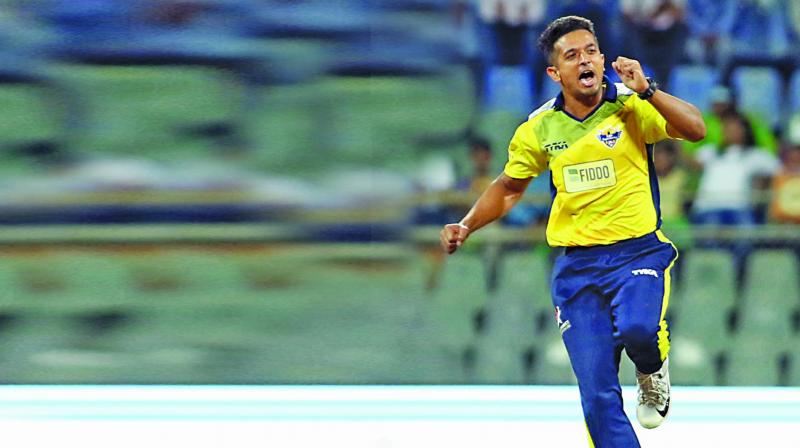 This tournament sparked his hopes for a genuine comeback.

A 15-year-old kid from Azamgarh only came to Mumbai thinking that he could replicate his tennis-ball heroics in a city where kids pick up the season ball before they learn how to talk. He packed his bags because his cousin informed him that he could take up cricket here but missed out on telling him that the competition is extreme. For a kid who has played only tennis-ball cricket all his life in a town where Kabaddi and hockey are the real deal, Badre Alam was entirely amused by his own decision of landing up here.

But he had made up his mind. He had a justification in his head of completing his graduation studies in Mumbai (which he did not) that kept him in the city of dreams. When he realised that the hard season ball is what he has to use, he thought of returning to his family business.

An adolescent mind is always is impulsive, pulling out a life-changing decision at the same time that made him take it up as a challenge. “Socha tha ki ghar chala jata hoon,” he recalls. “But I also thought that I should take this challenge and try my best.”

A few empty-handed returns from trials at cricket clubs and eventually cracked the trials of Mumbai’s under-19 team. His pace and swing has always been extraordinary and quickly, a tennis-ball cricketer was shaped into a nifty medium-pacer. However, there was one flaw. “My bowling action was not perfect then. I did not land properly,” he says.

This issue stayed with him but he still made his Ranji debut for Mumbai in the 2014/15 season against Railways. He was also a part of the squad that lifted the 41st title in 2015/16, where Alam featured in the semi-final against Gujarat. The pacer picked up two wickets but that was the last time that he played for Mumbai.

For the last two years, Alam has been training day-in and day-out to vent out the disappointment that he has with himself. “My frustration has never been for the selectors because I knew that I was not doing well at all,” says Alam.

“As I mentioned earlier, I realised that it was my action. I had to improve the way I landed. I made a few adjustments,” says Alam who ended up as the top wicket-taker (12 in seven innings) in the recent Mumbai T20 League.

This tournament sparked his hopes for a genuine comeback. Before this, he would wait before every Ranji-trophy game for a call-up.

While most cricketers are chasing a flourishing reputation of a T20 career, Alam is eyeing a berth in the orthodox red ball long-format of the sport. He feels that that is where he started and that will be his return. “I know if I do well in the long format, I can do well in T20 as well. My only aim right now is Ranji and I am training hard for it,” says the pacer.

Alam’s dominating bowling performance on Sunday of 6 for 21 took Payyade Cricket Club to the finals of Nawab Salar Jung T20 tournament. His side overcame Young Mohammedan Cricket Club to meet Parsee Gymkhana in the final.