'You cannot put a cap on anything', says Kohli, IPL to help prepare for WC :Kirsten

The Indian captain expects his teammates to be smart enough to manage their workload before the mega event starting May 30. 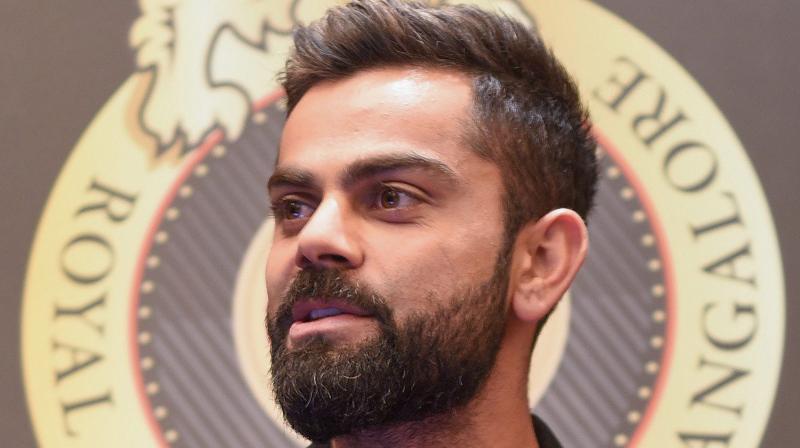 'My body might demand I play a certain number of games and I need to be smart about that and rest', said Kohli during the launch of an app. (Photo: PTI)

Bengaluru: "You cannot put a cap on anything," said India captain Virat Kohli, insisting that no instructions have been issued to Indian Premier League (IPL) franchises with regards to workload management of World Cup bound players.
However the Indian captain expects his teammates to be smart enough to manage their workload before the mega event starting May 30.

"If I'm able to play 10, 12 or 15 games, it doesn't necessarily mean that the other guy can only play that many. My body might demand I play a certain number of games and I need to be smart about that and rest," Kohli, who will be leading RCB in the IPL, said during the launch of an app.

"Someone else's body might be more capable than mine or less, that is a very individual thing. And everyone wants to play the World Cup, so people will be smart about it because you don't want to miss out on such a big event."
Kohli said that it is up to individual players to deal with the issue to keep their body fit and be in contention for a place in the World Cup-bound squad.
"From a responsibility point of view, all the Indian players will have the responsibility during the IPL to keep a watch on their fitness and their workloads," he said.

"And to continue the frame of mind we have created in the Indian team - strive towards excellence and improve every day. Each player will take this tournament as an opportunity to go to the World Cup in a good frame of mind."
World Cup winning former India coach Gary Kirsten feels that IPL would serve as good preparation for the Indian players ahead of the World Cup.

"We do understand all the international players, apart from the Indians, will be called back to their internationals teams anyway through the IPL," Kirsten said.
"We have to accept there's not much we can do about that. We understand the demands that an international player has. We'll be very reasonable in that space.
"If you get yourself match-ready during the IPL, that's going to hold you in really good stead during the World Cup. I think it's an advantage to the Indian players, actually. Because the IPL is such a pressurised tournament, it's great preparation for the World Cup," the former South African opener added.