There are more questions than answers

Before the T20 series (also lost 0-2), skipper Virat Kohli claimed that only form in ODIs would matter. 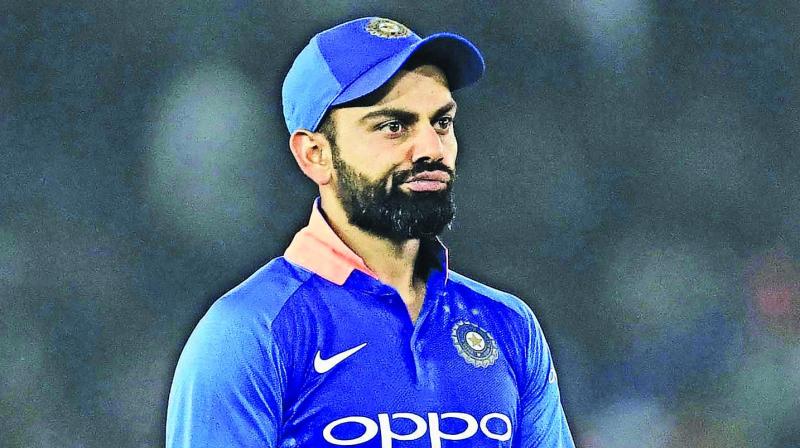 Looked at any which way, the recent ODI series was a setback for India. To be outplayed at home by a side that has been struggling for over a year and was easily humbled when Kohli & Co toured Down Under recently rubbed salt in the wounds.

As if this was not bad enough, India made it worse by squandering a 2-0 lead to lose 2-3, in the process riling the situation where picking the World Cup squad is concerned.

Now, there are more questions than answers on those few places.

Before the T20 series (also lost 0-2), skipper Virat Kohli claimed that only form in ODIs would matter. Even the IPL, which has provided many players to the national side in limited overs cricket, would not be considered.

Whether his position since stands revised is moot. But what’s clear is that the dilemmas regarding the few slots open for the World Cup — for him, chief coach Ravi Shastri and the selectors — remains unresolved.

True, India continued experimenting against Australia to give fringe players an opportunity to make an impact. But that does not absolve the team of poor performance.  Barring Kohli, Kuldeep, Bhuvneshwar and Bumrah, the rest of the Indian team did not quite measure up.

Agonisingly, the big issue that has dogged India’s selectors and team management for over a year — firming up a secure and strong middle order — found no closure as those tried out in the series failed to deliver as expected.

Ambati Rayudu, though to be a near certainty for the World Cup, was a total flop. K L Rahul and Rishabh Pant failed to impress, the latter even as wicket-keeper. Only Kedar Jadhav could be said to have advanced his claims firmly.

This leaves one, of not two, batting slots open in the World Cup squad. How can this be addressed? Two former India captains came up with interesting proposals to strengthen the middle order for the World Cup.

Dilip Vengsarkar suggested that Ajinkya Rahane should be considered as he would lend the side both experience and batting heft, especially since the World Cup will be played in England where bowlers usually hold sway.

Sourav Ganguly took a more radical position, advocating the claims of Test specialist Cheteshwar Pujara. Ganguly was candid enough to say his choice would surprise aficionados, but given Pujara’s ability, experience and current form, he would lend a lot of value to the team.

What prompted these suggestions from Vengsarkar and Ganguly reveals alarm in the former captains. They see the Indian batting — after the top three — highly vulnerable, and believe that Rahane or Pujara have the credentials to plug the hole.

Rahane has 90 ODIs to his name and not too long back was considered integral to the team. Why, even last year in South Africa a string of fine performances in the ODIs had earned him plaudits.

The team management had even proclaimed that the search for the no.4 batsman had ended. For some reason, Rahane lost his place in the side and has since struggled to make a comeback, lately not even being included in the ODI squad.

Pujara is in complete contrast to Rahane. He has played only 5 ODIs. His approach to batting — steady and circumspect -—went against the hurly-burly demands of limited overs cricket. His dodgy knees also made him a liability in the field.

So thoroughly typecast has Pujara been as a Test player that he has been unable to find a place even in the IPL. But in recent months, improved fitness and brilliant batting form, has seen him plundering runs in domestic limited overs tournaments.

Whether Rahane and Pujara (or indeed some others) will be considered at this late stage is moot. There has been prolonged trial and experimentation and a lot of changing and chopping already. But given the quandary of the selectors and team management, this can’t be entirely ruled out.