Royals' brand ambassador Shane Warne expects Smith to be 'hungry as ever'. 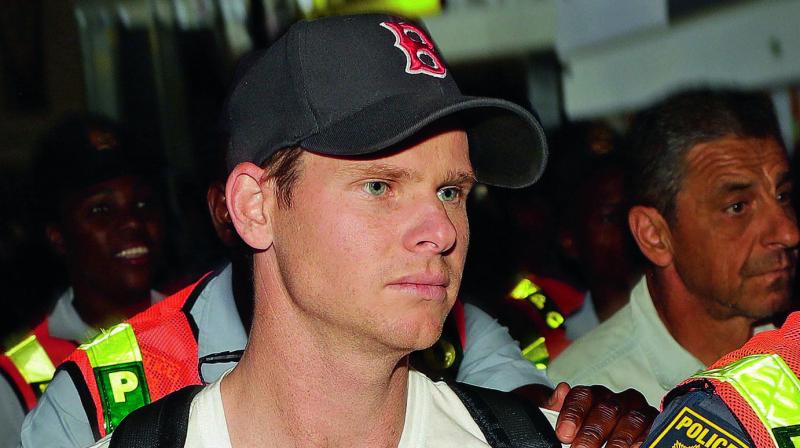 Smith and David Warner would soon be completing their one-year international ban for their involvement in ball tampering scandal in South Africa last year. (Photo: File)

New Delhi: Having been welcomed with open arms by his national teammates in Dubai, Steve Smith Sunday touched down in Jaipur to join his IPL franchise Rajasthan Royals' pre-tournament camp ahead of cash-rich league starting March 23.

With an aim on getting back in the Australian side for the World Cup, Smith is expected to raise his game for Royals and franchise's brand ambassador Shane Warne knows that the former skipper will be as "hungry as ever".

"He (Smith) will be so excited to turn up and play cricket. That's what he loves doing and that's what he is very very good at. Smith and Warner are two of the best players in world cricket, I think Smith will be giving a lot and integrate with the team," Warne told PTI during an interaction.

Smith and David Warner would soon be completing their one-year international ban for their involvement in ball tampering scandal in South Africa last year.

The duo spent some time with the Australian team in Dubai on invitation of coach Justin Langer and both said that they felt at home instantly with the vibes that they got from their teammates.

With rising sensation Ashton Turner unavailable for first three games for Royals due to international commitment against Pakistan, Smith along with Ben Stokes, Jos Buttler and Jofra Archer will be key overseas players for the 2008 champions.

Playing for Rajasthan Royals will be a huge thing for Smith as this is the only cricket he will be playing before World Cup, where he will make an international comeback.

"Having Smith's experience around and his hunger and passion as the only cricket that is before World Cup, will be a big thing for him. I have no doubt that Smith and Warner will get back to their best as they were before," Warne said.

Royals' bargain buy Ashton Turner however won't be available till April 1 due to the Pakistan series. Warne expects him to push for his place among four overseas players.

"He is class. You saw in Mohali what Ashton Turner can do. He is a very good leader. He has got an old head on his shoulders and is a terrific buy for RR. We always had one or two terrific buys. But I think he is playing against Pakistan in Dubai till April 1. So basically he misses the first three games. He is terrific back-up," said Warne, who led Royals to the title during the inaugural edition.

"If Turner gets a few more big scores (vs Pakistan), he could be pushing for selection. You have four overseas selections, so Butler is in, Stokes is in, Jofra Archer so there is three and then you have Steve Smith's class, so you have four. He will be pushing for WC selection for every game that he performs," Warne made it clear that every performance for Royals will be important.

As per Warne's assessment, this year, Royals have put together one of their "strongest squads".

"I think when you look back to Rajasthan Royals in the IPL, they have generally been the underdogs. They haven't always spent much money buying players. We haven't generally had the big international or big Indian players. But I think, this year, this is the strongest squad that Royals have put together.

"They have spent a lot of money on some big Indian players, when you look at the squad -- Rahul Tripathi, Jos Butler, Sanju Samson. A lot of people are tipping Royals to win it and I think they are one of the favourites this year," Warne said.