Arjun to debut in 2019 edition of T20 Mumbai League

Junior Tendulkar had skipped the inaugural edition to work on his bowling with coach Atul Gaikwad. 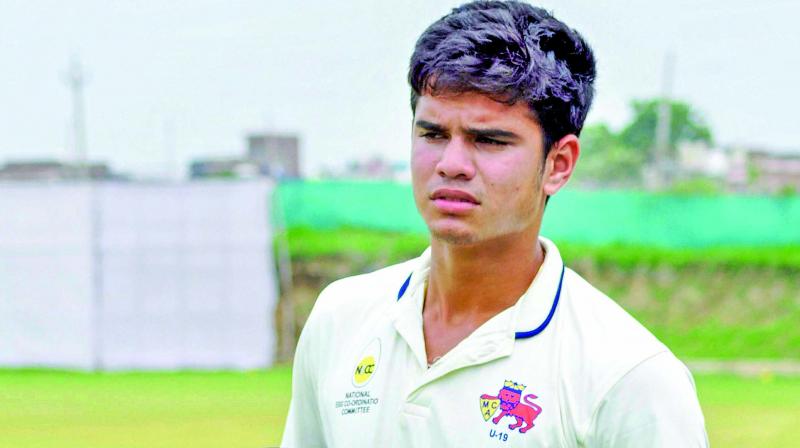 After skipping the inaugural T20 Mumbai League, Arjun Tendulkar will make his debut in the second edition of the tournament this year. The move follows his successful participation in the DY Patil T20 Cup and culminated with his selection in Mumbai’s U-23 team for a domestic one-day competition last month.

The tall all-rounder who has excelled mainly as left arm seamer has represented already Mumbai at under-14, under-16 and under-19 levels. He also made to the India Under-19 squad briefly last year. He had a brief slow down in 2016 due to injury.

Last season he opted out of the League to work with his coach, Atul Gaikwad on tweaking his bowling action paying special attention to the biomechanics and aerodynamics. Earlier, Arjun has also trained with Subroto Banerjee, who was Sachin Tendulkar’s teammate.

“The results of his hard work are evident in the visible improvement in his pace and accuracy, which saw him claiming 19 wickets in only five games for the Mumbai U-19 team in the 2017-18 Cooch Behar Trophy,” stated a release on behalf of the son of legendary cricketer Sachin Tendulkar.

After a month-long camp in Dharamsala in April last year, Arjun was named in India’s U-19 team last year where he played in two matches against Sri Lanka. He bagged his first India U-19 wicket finishing his debut with figures of 1/33. India won the two match series.

Fans of the 19-year-old left arm fast medium and left arm bat will soon be able to see him in action in the second edition of the T20 Mumbai League which will get underway shortly. His father Sachin was named as the tournament Ambassador last year for the six-team league.

Last year the tournament was played in early March but the domestic season has just concluded with Karnataka winning the Syed Mushtaq Ali Twenty20 trophy and with Indian Premier League starting from March 23, the organisers haven’t revealed the dates of T20 Mumbai League yet.