Doors are not entirely shut on Karthik and Jadeja

For the past couple of years, Karthik had made a mark as a formidable middle-order candidate. 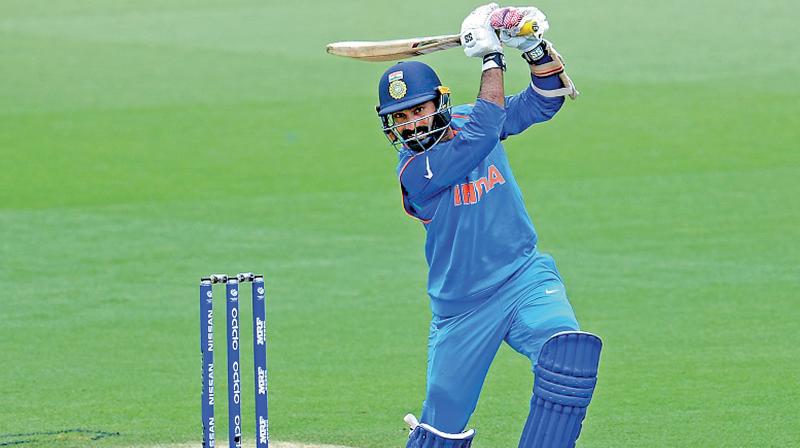 India’s selectors claim to have identified most players for the forthcoming World Cup, but the remaining places is becoming a challenge to fill. For aspirants to these places, it’s becoming like a game of Russian roulette.

A core bunch of 12 for the World Cup is a no-brainer: Rohit, Dhawan, Kohli, Rayudu, Dhoni, Jadhav, Pandya, Bhuvneshwar, Bumrah, Shami, Yadav, Chahal. But what of the three?

The teams announced for the impending series against Australia reflect the dilemma for the selectors and team management in getting the composition and balance of the 15-member squad right.

Which is why some players will be substituted mid-series. Around 6-7 are in contention for the last couple of places, and the next couple of weeks will see them in intense internecine competition besides, of course, from helping the team beat Australia.

The redemption of K.L. Rahul, included for all 5 ODIs as well as the T20 series, is among the two big developments in the recent selection, the second being that neither Dinesh Karthik nor Ravindra Jadeja features in the ODI side(s).

Suspended for unsavoury utterances on the Karan Johar show Rahul, unlike Hardik Pandya who also featured in the same episode, was not sent back Down Under for the ODI series in Australia and New Zealand.

His recent poor form — before scoring runs for India ‘A’ against England after — had increased apprehensions that Rahul had probably missed the bus for the World Cup. The selectors have thrown him a lifeline.

But this comes with strings attached. The selectors have also said that Rishabh Pant, who makes the cut after being excluded from the ODI series Down Under, is somebody they see as a possible opener.

I assume this view has come after consultations with captain Virat Kohli and coach Ravi Shastri. Moreover, Vijay Shankar has done his credentials no harm recently which makes the competition tighter.

Karthik and Jadeja being bumped off — particularly the former — is more complex. For the past couple of years, Karthik had made a mark as a formidable middle-order candidate. In the past 12 months, he had assumed the role of ‘finisher’ with success.

Jadeja, having lost his place (along with R. Ashwin) in the ODI squad after the 2017 Champions Trophy, had clawed his way back into the side from the England tour, getting wickets, scoring handy runs and fielding brilliantly as always.

They haven’t done anything particularly wrong —  in fact Jadeja surprisingly didn’t get even a single game in New Zealand —  and would be legitimately unhappy at their being sidelined so brusquely.

Pant’s inclusion was one big factor in mitigating Karthik’s retention. M.S. Dhoni’s being ratified as first-choice wicket-keeper batsman mitigated the need for a player with similar skills and experience. A punt on a young understudy made more sense.

But Pant’s inclusion is not the only reason why Karthik’s value got downgraded, as it were. It also has to do with Kedar Jadhav firming up his place and reputation as a batsman who can finish matches with a flourish.

Indeed, Jadhav also sent Jadeja’s prospects into a tailspin with his success as a part-time spinner. Kuldeep Yadav and Yuzvendra Chahal having made themselves virtually indispensable as a pair, a third specialist spinner become a luxury.

In England especially, the greater need would be for a fast bowling all-rounder, and Hardik Pandya — who has recovered well from injury and fatigue — fills that slot readily. Jadhav, innovative, clever and with a ‘golden arm’ wins the trust to bowl a few — or even the entire quota — of overs. Does this mean that doors are shut on Karthik and Jadeja?

Not entirely. Not even for Ajinkya Rahane, Umesh Yadav and Jaydev Unadkat, who don’t feature in the teams against Australia. The selectors have seen enough of them — even some youngsters like Khaleel Ahmed and Mohammed Siraj lately — and may want to assess others. But if players on trial don’t shape up against Australia, some upheavals are expected. Then there is the IPL to consider. Players who’ve excelled in the League have leapfrogged into the Test or ODI sides, so this can’t be ruled out either.

All in all, interesting times ahead.