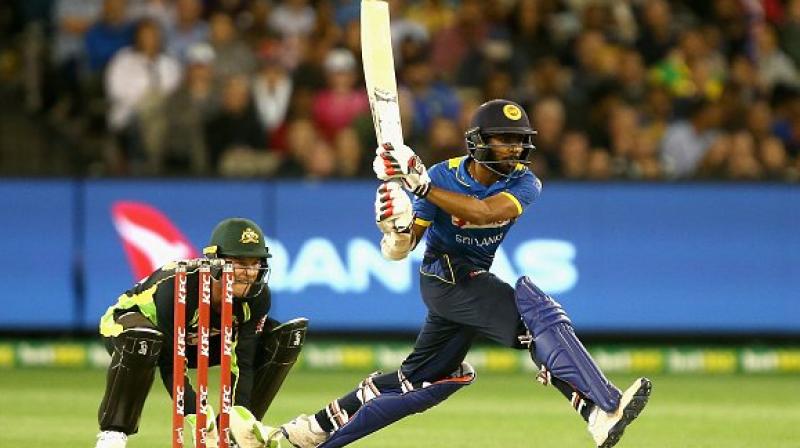 The teams play again in nearby Geelong on Sunday before the third match on Wednesday in Adelaide. (Photo: CA)

Sri Lanka was in control at 151-3 in the 18th over before debut bowler Ashton Turner took the wickets of Asela Gunaratne and Milinda Siriwardana.

The score was tied on the last delivery, with Kapugedera pumping his fist after driving Ashton Tye through cover for the match-winning runs.

Sri Lankan paceman Lasith Malinga made a successful return to international T20s - he was on a hat trick late in the Australian innings, finishing with 2-29 from four overs, and also took two catches.

Gunaratne top-scored for Sri Lanka with 52 from 37 balls.

The match was Malinga's first full international in nearly a year, because of injury and illness. It was also a milestone night for Australia's Michael Klinger, Turner and Billy Stanlake, plus Sri Lanka's Vikum Sanjaya, who made their T20 international debuts.

Australia had several top players unavailable because of the India test tour. The game attracted a crowd of about 42,500, with Sri Lankan fans in the majority.

Klinger, at 36 the oldest Australian T20 international debutant, combined with Finch for a solid opening partnership of 76.

"They came out swinging, credit to them they batted beautifully," Finch said. "We probably lacked one or two 15-run overs, but there are many positives to take out of the game."

The teams play again in nearby Geelong on Sunday before the third match on Wednesday in Adelaide.