India were tottering in chase having lost 4 wickets with just 63 runs on the board before Kohli & Kedar turned the tide in India’s favour. 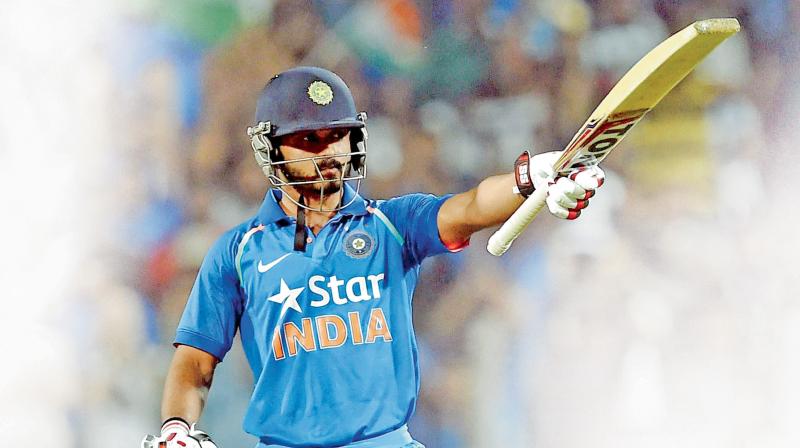 Pune: “Kedar Jadhav’s innings was one of the best calculative knocks that I have seen. It was outstanding,” said Virat Kohli as he praised the Maharashtra batsman after India stunned England in the first ODI, while chasing 351, here on Sunday.

While Virat lived up to his reputation of a master chaser, Kedar’s second ODI ton also played a pivotal part in India’s three-wicket win over the Eoin Morgan-led side.

“He (Kedar) knew how he wanted to bat on this pitch. I think it was outstanding, just to have another guy that was willing to believe we can win from any situation was such a boost for me as well. I’m glad I was out there with him, to keep pushing him,” added Kohli, who scored 122 off 105 balls and put up a 200-run partnership in 147 balls with Kedar, who slammed 120 off 76 balls.

“He put a lot of pressure on the spinners and they couldn’t come back into the game. Striking the ball at 150 was outstanding. All of them were clean shots, he didn’t slog the ball once. He was brilliant and that’s why we back him to play at number 6. He was disappointed in the last series against New Zealand when he couldn’t get us across the line. In New Delhi also he was playing really well. We told him that the best place you can learn is out there in the middle. No point sitting outside and thinking what you could have done. He will understand how to do it again and again. If you ask me describe his innings, it was outstanding,” said the Indian skipper.

India were tottering in chase having lost four wickets with just 63 runs on the board before Kohli and Kedar turned the tide in India’s favour.

“This was one of the best partnerships I have been part of. We have chased 350 before, but not with 63/4. This win gives a lot of confidence. We keep speaking in the changing room that it is not about the number of games played but It is about brains.

“We had a gut feel that we had a chance when we would be 160/4. (It is) Really good positive start and we look to carry it on through. (This is) Something really special and stay with me for a long time,” Kohli said.