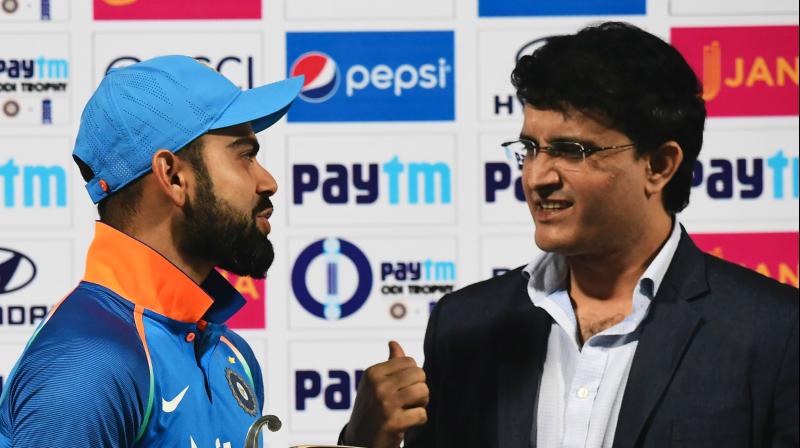 A file photo of Sourav Ganguly (R) presents the winners trophy to Virat Kohli during a prize distribution ceremony. AFP

HYDERABAD: The gloves are off in the controversy surrounding Test captain Virat Kohli being sacked as ODI skipper. On Wednesday, the feisty player hit back at BCCI president Sourav Ganguly on the issue. Kohli clarified that he was given an hour-and-a half's notice before being sacked, contradicting Ganguly’s statement that the Board had asked him to stay as T20 captain.

“We had requested Virat not to step down as T20 captain but he didn’t want to continue, so the selectors felt that they cannot have two white ball captains in two white-ball formats,” Ganguly had said. “I was contacted one-and-half hour before selection meeting on (Dec.) 8th for Test series and there was no prior communication to me at all since I announced my decision on T20 captaincy,” Kohli said. Sources say the writing is on the wall for the Test captain and since both Kohli and Ganguly are headstrong individuals, sparks are bound to fly.