Sports   Cricket  16 Dec 2019  There is nothing like natural game: Rishabh Pant after scoring maiden ODI 50 vs WI
Sports, Cricket

There is nothing like natural game: Rishabh Pant after scoring maiden ODI 50 vs WI 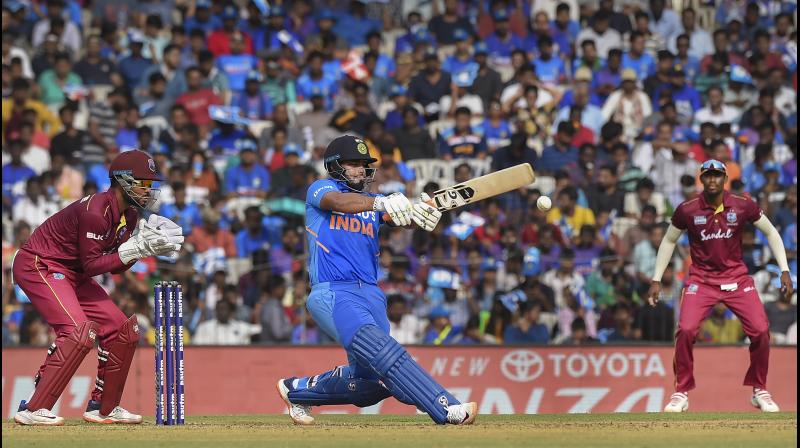 India wicket-keeper batsman Rishabh Pant who is known for his big-hitting capabilities said that there is nothing like a natural game and the player should have to bat according to the situation. (Photo:PTI)

Chennai: India wicket-keeper batsman Rishabh Pant who is known for his big-hitting capabilities said that there is nothing like a natural game and the player should have to bat according to the situation.

"There is nothing like the natural game you have to bat according to the situation or team demand. You can only be good if you bat according to the situation. I want to focus on my process as a player. You have to believe in yourself. I'm only focusing on what I can do whatever team management decides is good for the team," Pant told reporters in the post-match conference.

Pant along with Shreyas Iyer built the much-needed partnership of 114-run for the fourth wicket.

"Personally, if I play for India every inning is important for me. As a youngster, I just want to learn and improve myself each and every day of cricket I'm playing," Pant said.

"When I was batting with Iyer and our motive was to build a partnership and to take the game to 35-40 overs. As long the partnership will last we will capitalise it more in the end," he added.

Shai Hope and Shimron Hetmyer guided West Indies to a comfortable eight-wicket win over India in the first ODI at the MA Chidambaram Stadium here on Sunday.

With this win, the Carribean side have a 1-0 lead in the three-match ODI series. Chasing 288, Hope scored unbeaten 102 runs while Nicholas Pooran played a knock of 29* runs.

"Sometimes it is important when crowd support you because as an individual I was thinking of scoring big runs but I was not getting there. I'm not saying I got there but I'm just trying to improve everyday. As a team point of view, whatever I can do to help my team win and to have a good score on the scoreboard that's what I was focusing and in the end I got some runs," Pant said.

Both the teams will now face each other in the second game at Visakhapatnam on December 18.