As India lost the first ODI against West Indies, Lal said that the Indian bowling attack was weak as they played with only 2 pacers. 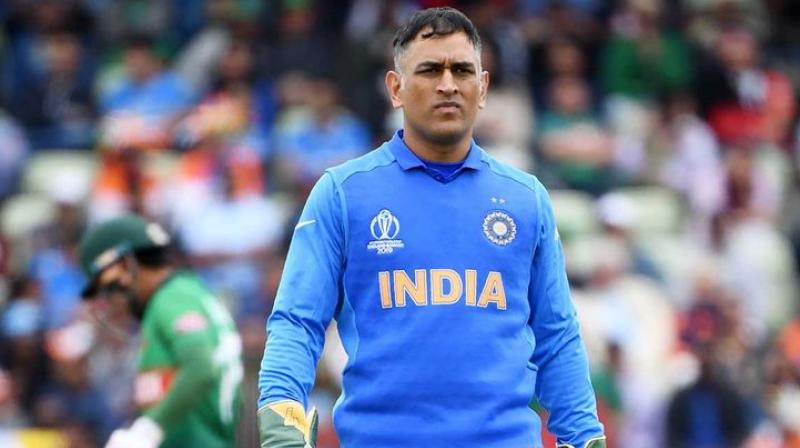 Former India cricketer Madan Lal said that it is MS Dhoni's call when he wants to make a comeback in the team but he should start playing domestic cricket. (Photo: AFP)

New Delhi: Former India cricketer Madan Lal said that it is MS Dhoni's call when he wants to make a comeback in the team but he should start playing domestic cricket.

Lal while talking to ANI said, "Its Dhoni's call to decide if he wants to play. It will be very tough to make a come in the team directly so he should start playing cricket whether it's domestic or any other matches."

As India lost the first ODI against West Indies, Lal said that the Indian bowling attack was weak and they played with only 2 pacers which proved to be expensive.

Lal added that Team India don't need their 8, 9 and 10 order batsmen to bat but they need to strengthen the bowling attack if they want to win matches.

"But one thing which strikes me was why the Indian team have weaker the bowling attack? See in past few years the matches we have won are because of bowling, your bowling attack has to be good because you don't need 8,9,10 to bat and yesterday they played with 2 pacers and floater bowlers and they were expensive. If the Indian team wants to win matches then they have to strengthen bowling attack," Lal told ANI.

Rishabh Pant and Shreyas Iyer were the standout batsmen in the match against the Caribbean team. Pant scored 71 runs while Iyer knocked 70 runs.

The former cricketer said that the duo played good innings but they should have taken the team to a big score but both will learn these things through experience.

"Pant and Iyer played really good innings but there is a question mark that they should have taken the team to a good total so that we can in the match and I think these things they have to learn and I believe things like these will come from experience. Indian also needs to focus on fielding. We have seen many catch drops which are not good because catches win matches," he said.

Madan praised the winning performance of the Windies team against the hosts and added that the visitors look promising under the leadership of Kieron Pollard.

"West Indies team is looking different they have also played really good cricket in T20s but the results were not in their favour but yesterdays match they win is very promising under pollard. Both West Indies batsman played fantastic innings they did not panic very smoothly they achieved the target and it seems that this series is going to be a good one and the way they are playing I feel that upcoming matches will also be good," he said.

"Bumrah's absence is making difference and bhuvi is also injured. He should have completed his rehab properly, see when experience bowlers go out from team then team suffers but I believe that we have good bowler to try and we have top batting line up," he said.