After Australia's win, captain Tim Paine said the Black Caps' liberal use of short-pitched bowling had a Bodyline feel to it. 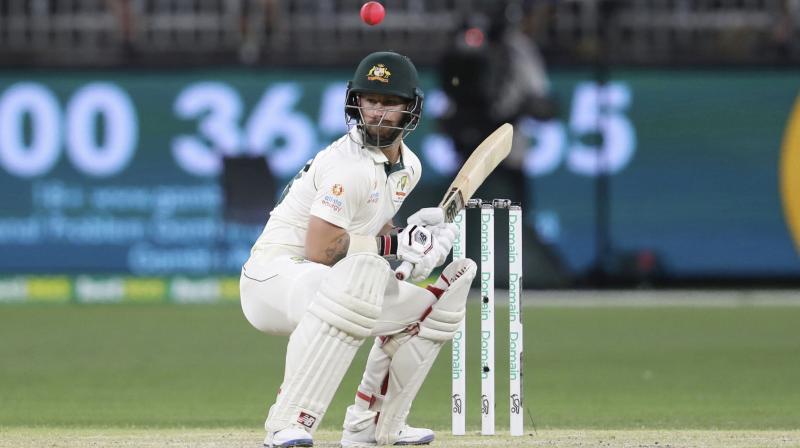 Australian spinner Nathan Lyon said there was nothing untoward in the bumper barrage New Zealand served up in the first Test in Perth, and he expects more of the same. Australia's Matthew Wade ducks under a short ball from New Zealand's Neil Wagner during play in their cricket test in Perth, Australia, Saturday, Dec. 14, 2019. (Photo:AP/PTI)

Perth: Australian spinner Nathan Lyon said there was nothing untoward in the bumper barrage New Zealand served up in the first Test in Perth, and he expects more of the same.

After Australia won the first of the three-Test series by 296 runs, captain Tim Paine said the Black Caps' liberal use of short-pitched bowling had a Bodyline feel to it.

Bustling Kiwi seamer Neil Wagner, who has a reputation for using the short ball to good effect, led the way and picked up a number of wickets through catches on a packed legside field, as well as having a mini-battle with Aussie batsman Matthew Wade.

Wade let the short balls hit him on several occasions as the New Zealand tactic worked and Australia lost seven wickets for 58 runs in the second innings.

Kiwi skipper Kane Williamson played down the significance of the approach, saying it was simply tailored to suit the Perth pitch conditions and wouldn't necessarily be repeated elsewhere.

Although he's the one man in the Australian bowling attack who doesn't have the option to fight fire with fire, Lyon said the likely prospect of more hostile bowling in the next two Tests didn't bother him.

"I think you have to embrace it, it's a challenge," he said.

"We were playing against the number two team in the world and they've had success playing the brand of cricket they're playing at the moment.

"The Bodyline series I'm not sure, but short bowling is going to be a tactic.

"I'm going to cop it so it's unfortunate I can't dish it out so that's why I've got to get the big boys to look after me."

Lyon said he didn't take any issue with the aggressive approach of the New Zealand players, who have been widely regarded as the nice guys of world cricket in recent years.

"They're lovely guys," he said.

"They don't sledge me or anything, I've got no dramas with the Kiwis and there's some world-class cricketers in that squad."

Adding extra spice to the prospect of more challenges with short bowling for the Australian batsmen is the state of the MCG wicket for the second Test, starting on December 26.

A recent domestic match there between Victoria and Western Australia was abandoned after conditions were deemed dangerous when some batsmen were struck by sharply rising deliveries.

A different drop-in pitch will be used for the Test and Lyon backed curator Matt Page to get it right.

"I'm always going to be on the curator's side," the former Adelaide Oval groundsman said.

"I'm confident there's going to be a good wicket there.

"No doubt he's probably had a few sleepless nights from the last week, but well prepared for a great wicket there hopefully."