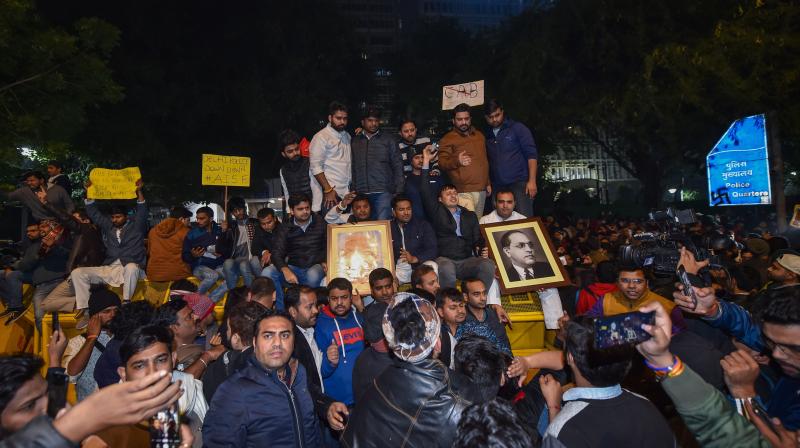 Irfan Pathan has expressed concern about the students of the Jamia Millia Islamia after several of them were injured during violent protests against the amended Citizenship Act. (Photo: PTI)

New Delhi: Veteran India pacer Irfan Pathan has expressed concern about the students of the Jamia Millia Islamia after several of them were injured during violent protests against the amended Citizenship Act.

The 35-year-old pacer, who has played 29 Tests and 120 ODIs for India, posted a tweet to offer support to the students after police entered the Jamia university campus on Sunday.

"Political blame game will go on forever but I and our country is concerned about the students of #JamiaMilia #JamiaProtest," Pathan tweeted.

Protestors torched four public buses and two police vehicles in New Friends' Colony near the university during a demonstration against the act, leaving nearly 60 people including students, cops and fire-fighters injured.

A Jamia students' body claimed they had nothing to do with the arson and "certain elements" had joined the protest and "disrupted" it. They also accused the police of high-handedness.

The university had turned into a battlefield on Sunday as police entered the campus following protest against the Citizenship Amendment Act, which led to violence and arson.

Several states in the northeast and West Bengal have been rocked by violent protests over the Act, which seeks to provide citizenship to non-muslim religious minorities in Pakistan, Afghanistan and Bangladesh.