Australia have set tone for the series: Ricky Ponting after hosts' massive win

Exhilarated with Hosts' dominant display in the 1st Test, Ponting said if they continued to perform like this then NZ will be white-washed. 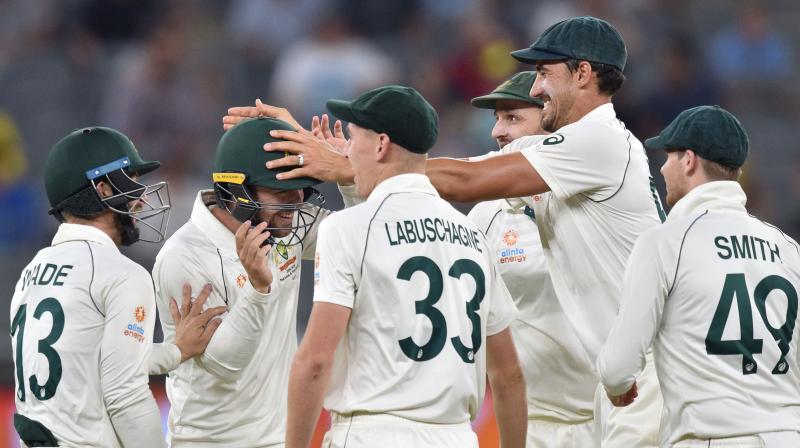 After a massive win over New Zealand in the first Test, former cricketer Ricky Ponting said Australia have set the tone for the series. (Photo:AFP)

Melbourne: After a massive win over New Zealand in the first Test, former cricketer Ricky Ponting said Australia have set the tone for the series.

"Australia have set the tone for the series. I was worried about New Zealand coming here and with a lack of penetration with their bowling attack," Cricket.com.au quoted Ponting as saying.

"I know Wagner ran in and bowled some short stuff and probably upset some of the batters but at 130kph it's a bit different than when you've got guys like (Mithcell) Starc and (Pat) Cummins running in and really upsetting the Kiwi batsmen and knocking them over," he added.

Australia thrashed New Zealand by 296 runs in the first Test on Sunday and took a 1-0 lead in the three-match Test series.

Exhilarated with Australia's dominant display in the first Test, Ponting said if the hosts continued to perform like this then Kane Williamson-led side will be white-washed in the series.

"Australia have played some really good cricket here in Perth and if they continue to play anywhere near that I can't see New Zealand winning a game," he said.

The second Test between Australia and New Zealand will begin on December 26.