When Kohli took over the mantle, India were still in the midst of a tough transition period after a slew of retirements. 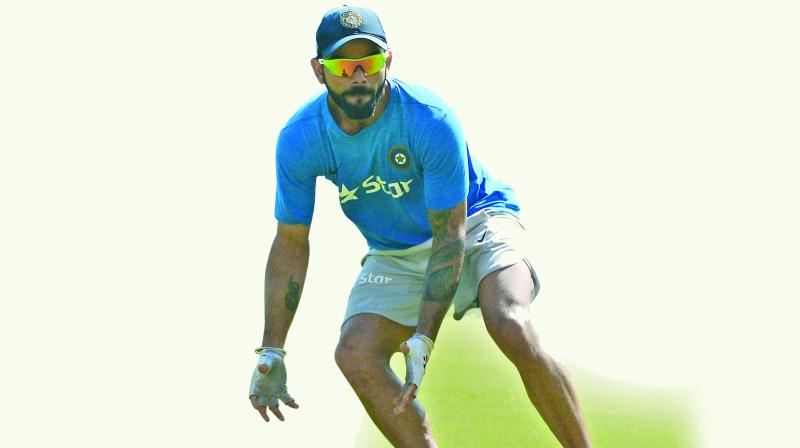 Chennai: Since Virat Kohli took over captaincy from M.S. Dhoni at Sydney Test in January 2015, India have lost just one match — against Sri Lanka at Galle last year — and their scintillating run includes a 17-match unbeaten streak and five series victories. A win or a draw in Chennai would stretch the mark to 18, which no other Indian team has accomplished before.

The skipper is not, however, resting on his laurels; rather he is striving to make the current India side “one of the best to have assembled on the field.” “We want to become a top quality side in five to eight years and leave a mark on world cricket. We want to do it across formats. But it requires a lot of persistence, skill and hard work on fitness,” said Kohli.

When Kohli took over the mantle, India were still in the midst of a tough transition period after a slew of retirements. But the young team exceeded expectations in their dominant series victories over Sri Lanka, South Africa, the West Indies, New Zealand and now England.

But Kohli knows that India are far from being invincible. “We understand that we have got to play a lot of cricket everywhere in the world. It’s not only about this one period. We don’t feel invincible. We respect every opposition and we admit it every time we are put under pressure,” he added.

Kohli said having players with utmost professional approach made his job easier. “The way they prepare and work on their fitness… the players know what it takes to be match fit and go the distance for five days. They are all very keen to improve their game and there is nothing that I need to tell them. I think the guys have bought into this culture well,” he added.

Captaincy has helped Kohli evolve as a player. Kohli, who has mellowed down a bit, said he is curbing his instincts to go for the big shots. “Many times I felt like going after the spinners but I understand that I need to put in extra hour or two for the team. I don’t necessarily need to take that big risk at any stage and cost the team some momentum. If the management and I have decided to play five batsmen, it obviously makes up my mind to take some more responsibility out there in the middle rather than doing what I want to do,” he added.