Neil Broom could play his first ODI in six years later this month after being recalled for the three-match home series against Bangladesh. 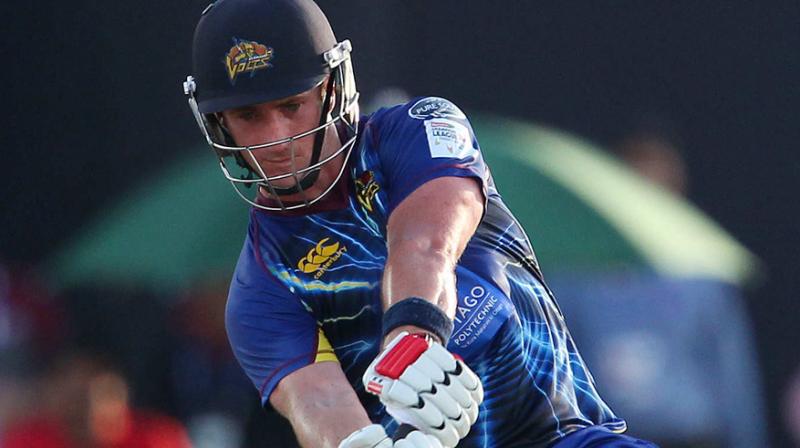 Wellington: New Zealand batsman Neil Broom could play his first one-day international in six years later this month after being recalled for the three-match home series against Bangladesh on Friday.

Wicketkeeper Luke Ronchi was also added to the squad, while gloveman BJ Watling, top order batsman Henry Nicholls and leg-spinner Todd Astle dropped out after the recent 3-0 drubbing in Australia.

The 33-year-old Broom, who played 22 ODIs in 2009 and 2010, has cut short his contract with English county side Derbyshire to return home and make a bid for a return to international cricket.

"With 12 years of domestic cricket under his belt and having previously spent time in the Black Caps squad, Neil brings a lot of experience to the group," selector Gavin Larsen said in news release.

"He has an impressive strike-rate and obviously fills the number four role with Ross (Taylor) out injured."

The 2015 World Cup finalists, who were beaten 3-2 in India in October before the series sweep in Australia, are rebuilding in the wake of a string of retirements.

"There's six players in this side from the squad of 15 who featured for us in the World Cup last year, so it's important we give the new players the opportunity to feel comfortable on the international stage," Larsen added.

"That takes time. You can't replace 900 ODI caps and the leadership that comes with that experience overnight, but it’s an exciting new group and we're learning a lot with each match that is played.

"Although the side is rebuilding it's very important that we do see improvements during the home summer."

The 13-man squad will go into a training camp in Christchurch on December 23 ahead of the start of the series at Hagley Oval on December 26.