‘If I get a chance, I’ve got to make them pay': Mayank Agarwal on getting dropped at 32

On the first day Mayank Agarwal edged one to Imrul Kayes, stationed at first slip, who dropped the Indian opener on 32. 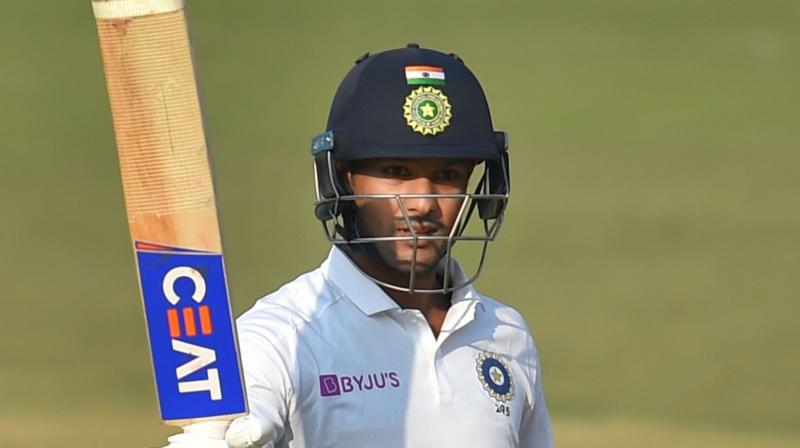 After that, there was no turning back for Mayank Agarwal as he blew past the bowling attack of Bangladesh. (Photo: PTI)

Mumbai: Mayank Agarwal’s innings yesterday was a thing of beauty and was one of the most vintage performances in recent times. Agarwal led the Indian team’s destruction of the Bangladeshi bowling attack.

At one point, India were stuttering at 119/3 after losing the important wickets of Rohit Sharma, Cheteshwar Pujara and Virat Kohli. But, the duo of Ajinkya Rahane and Mayank Agarwal made sure that that was the end of India’s suffering.

But, Agarwal’s brilliant innings was built on a bit of luck. Earlier on Day 1, Bangladesh missed a chance on the first day when Mayank Agarwal edged one to Imrul Kayes, stationed at first slip, who dropped the Indian opener on 32. After that, there was no turning back for Mayank as he blew past the bowling attack of Bangladesh.

After the match, in a press conference, a journalist asked him, “When you were walking back to the pavilion after getting out (Imrul) Kayes came and congratulated you. Did you thank him for dropping you?”

He reached his double century with style as he smashed a six against Mehidy Hasan while batting at 196, showing flashes of Virender Sehwag.

With this innings, he has broken quite a few records. He broke the record of legendary batsmen like Don Bradman and Lawrence Rowe to become the second-fastest batsman to score two double hundreds. It took Mayank 12 innings to achieve this feat.

This double hundred by Mayank also makes it the first instance for any team wherein there has been a double hundred hit in four consecutive Test matches.

If Mayank continues to play this way, then he could be able to beat the super-impressive Don Bradman's record of being the fastest to score 2000 Test runs.