Not being part of Indore Test team was heartbreaking, says KL Rahul

The batsman says not being a part of the squad at Indore when the team became No 1 Tests left him 'heartbroken'. 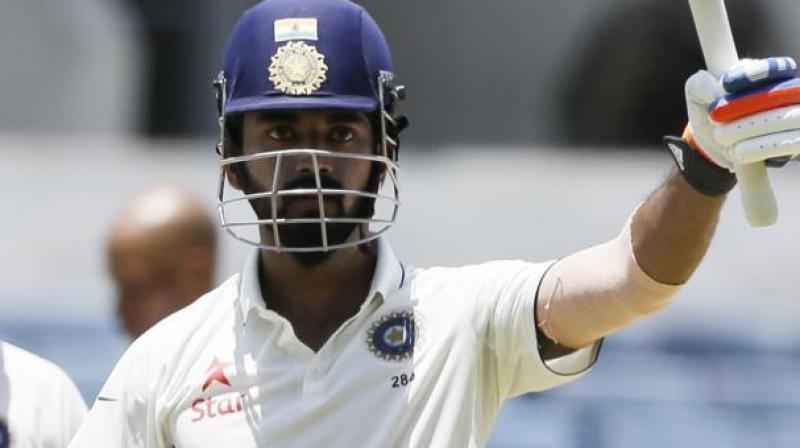 Rahul is hopeful that he will be able to score big against England. (Photo: AP)

: KL Rahul, who missed the last few Tests for due to a right a hamstring injury, is back with the team. The batsman says not being a part of the squad at when the team became No 1 Tests left him "heartbroken".

"Not being a part of that Test team in where we became the number one Test side was heartbreaking. But those were little things that woke me up every day in the morning.

"I had to work really hard mentally and physically to convince myself that the recovery process will take time but slowly and surely I will be back on the field. And, here I am back in the Indian team," Rahul told bcci.tv on Wednesday.

Rahul said that the Ranji match against Rajasthan where he scored 76 and 106 gave him enough confidence to get back into the Indian team as he felt that he was back to hundred percent fitness.

"It was really important to play a first-class game to give myself the confidence that I was indeed fit. I could have spent a lot of time doing rehab in Bengaluru with the physio and spent time in the gym but until and unless I had played a proper cricket game, I wouldn't have known how fit I was."

"It was important for me to get my confidence up and get into the mindset that if I moved quickly, I am not going to injure myself. That is the challenge that someone who is coming back from injury has; to tell your mind that you are completely fit. Somewhere in the mind there is always something holding you back and telling you that you might get injured again."

Rahul is hopeful that he will be able to score big against .

"I am really excited that I am back. My fitness is good and I am batting really well and have got runs in the Ranji Trophy game against Team Rajasthan. Hopefully I can continue from where I left off from and go from strength to strength. I am looking forward to this series and making it big again."

The Mangalore lad made it clear that time with the Indian team has made him an enormously improved player.

"I think I have improved enormously over the last couple of years and all the credit goes to the support staff here and all the players I have shared the dressing room with, be it the Indian team or the IPL. I have always looked to learn from players in the dressing room and don't look too far away for motivation.

"There are great players in my dressing room sitting right next to me. I just talk to them; see their routines and preparations and look at what goes on in their mind while batting. That helps me a lot and I try to learn from those things."