KL Rahul to start for India if he is fit: Virat Kohli

While KL Rahul’s inclusion may be good news for India, fellow opener Gautam Gambhir could be dropped. 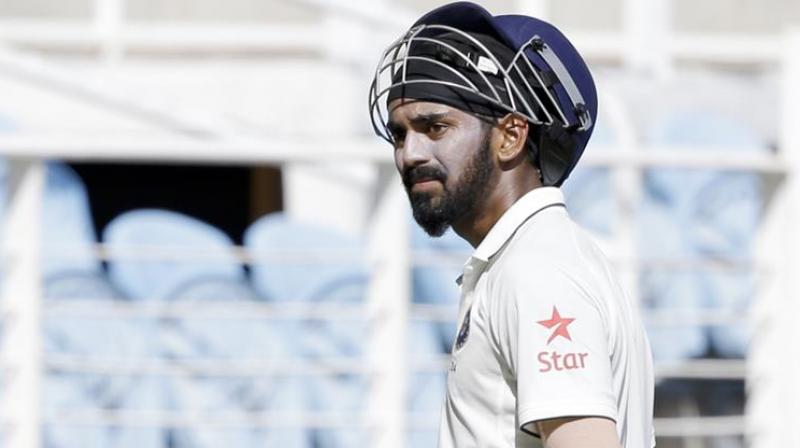 Rahul displayed fine form after recovering from his injury, helping Karnataka to a thumping 393-run win over Rajasthan (Photo: AP)

Vishakhapatnam: KL Rahul may start for India in the second Test against England, hinted skipper Virat Kohli, ahead of the match, which is set to take place at the Dr. Y.S. Rajasekhara Reddy ACA-VDCA Cricket Stadium, in Vishakhapatnam.

Rahul had injured his hamstring in the first Test against New Zealand, in Kanpur, last month, and has been out of action for a while.

However, the 24-year-old has recovered from his injury, and has even played a couple of important knocks for the Karnataka Ranji side, in First Class cricket, earlier this week. He scored 76 in the first innings, and 106 in the second, in Karnataka’s 393-run win over Rajasthan, at the Dr PVG Raju ACA Sports Complex, in Vishakhapatnam.

When asked about whether Rahul will be included in the squad for the second Test, the India skipper said, “We’ve had it pretty clear in our heads that KL (Rahul) is our no.1 choice (for opening the batting), along with Vijay. And when he is fit at any stage, he comes back into the team and we are going to start with him.

“We were waiting for him to recover as soon as possible. Be it pulling him out of the First Class match. As long as it is within the rules and regulations,” continued Kohli.

Rahul’s return may be great news for Team India, but one person who may not be too happy about this is left-handed opener Gautam Gambhir.

“In the mean time, Gautam (Gambhir) got the chances that he got, and he played really well in difficult situations, but that’s how the team combinations go,” said Kohli. “You have to play with the combination that has the best balance, as far as the team is concerned.”