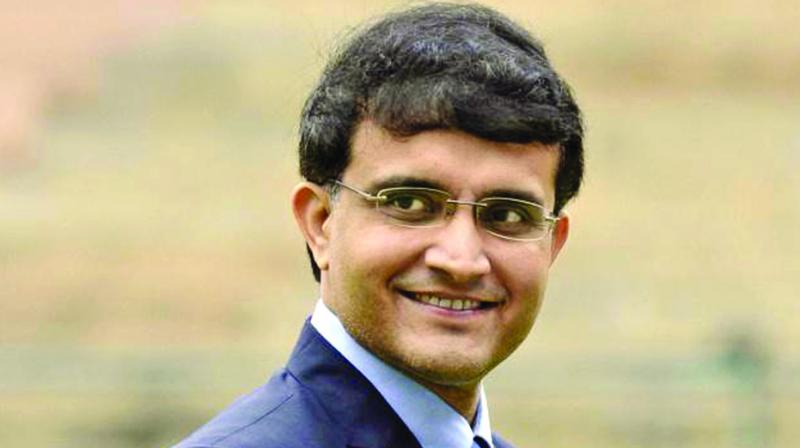 Sourav Ganguly said that playing his first Test for India was much tougher than the BCCI President post. (Photo: File)

Kolkata: Board of Control for Cricket in India (BCCI) president post nominee and former India captain Sourav Ganguly on Tuesday said that the Indian team has to win big tournaments.

"India's performance is satisfactory. I think it is a very good side. My only concern is that they need to win big tournaments. I'm not saying they are going to win every time. It is not possible," Ganguly told reporters after the Cricket Association of Bengal (CAB) facilitated him for filing BCCI president post nomination.

"But they have gone through seven big tournaments without winning one, they are a much better side than that. That is the only area where they need to get themselves ready mentally," he added.

This year, India faced a semifinal exit from the ICC World Cup after losing to New Zealand. In the ICC T20 World Cup as well, India lost in the semifinal to West Indies in 2016. Whereas in ICC Champions Trophy, India lost the final against Pakistan by 180 runs in 2017.

"The administration has been in major crises for three years. It is actually an emergency as I have said before. I am happy to get the responsibility to turn it around," Ganguly said.

"When it's tough people believe that you are good enough to do it and that's my biggest responsibility and hopefully with Jay, Arun, Jayesh, and other members we will be able to turn it around. It is very important that India gets back to where they are in cricket because India is the biggest powerhouse in cricket and it should get the due respect," he added.

Ganguly said that playing his first Test for India was much tougher than the BCCI President post.

"1996 was 30 times bigger than this and will always be the most important day of my life when I played the first Test for India. Nothing can beat them," Ganguly said.

When asked about his plan of joining any political party after the BCCI president tenure as he met with the Union Home Minister Amit Shah before filing his election nomination.

"My meeting with Amit Shah for the first time was special and different. I met him for the first time ever, neither did I ask a question on BCCI, whether I was going to get a post or not, nor any discussion of you will only get this, if you agree to that happened, there is no political development," Ganguly said.

The BCCI elections are scheduled to be held on October 23 but with Ganguly being the only candidate to file his nomination for the top post of Indian cricket, he is set to be elected unopposed.

Earlier in the day, BCCI Electoral Officer N Gopalaswami has validated the application for the various post after scrutinising the nominees' applications.