Find 'some hatred' for England in Ashes: Warner tells teammates 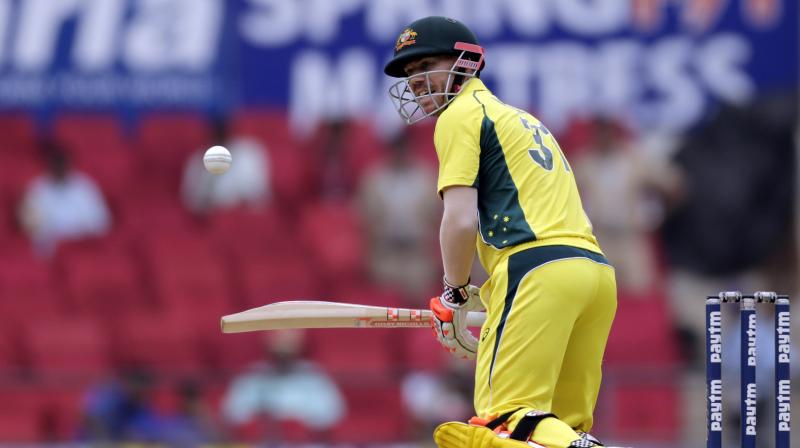 Warner plans to reprise the role of verbal aggressor, he has initiated the traditional pre-series war of words . (Photo:AP)

Melbourne: Explosive Australian opener David Warner has said that his teammates must find "some sort of hatred" for England in the upcoming Ashes series.

As Warner plans to reprise the role of verbal aggressor, he has initiated the traditional pre-series war of words by saying that England could expect plenty of hostility and aggression on the field in the much anticipated five-Test series.

The left-handed batsman had famously said that England's players had "scared eyes" while facing a barrage of short-pitched pace bowling from Mitchell Johnson midway through the first Test of the 2013-14 series which Australian won 5-0.

"Four years ago, during that first Test I made some statements in the media and at the time I thought it was a great thing to come out and speak what I said," cricket.com.au quoted Warner as saying.

"I have no regrets about that and I think that could have played a little bit of a role in the back of their minds."

"At the moment, I'm not going to put any vibes out there or get into a verbal stoush in the media, but come day one when we walk out there, there will definitely be some words exchanged here and there," he added.

The 30-year-old said the Ashes still brings his deepest competitive edge to the surface.

"The history, the pride that is at stake. As soon as you step on that line it's war.You try and get into a battle as quick as you can. I try and look in the opposition's eye and work out how can I dislike this player, how can I get on top of him," Warner said.

"You've got to find that spark in yourself to really take it to the opposition. You have to delve and dig deep into yourself to get some sort of hatred about them," he added.

Although England are Ashes holders, they have lost two out of their past three tours Down Under by 0-5.

England will now be desperate to hit the ground running when the two sides meet at the Gabba in Brisbane on November 23.