Anti-Corruption Unit's (ACU) part and they will investigate the matter and as of now, nothing has come to the CoA. 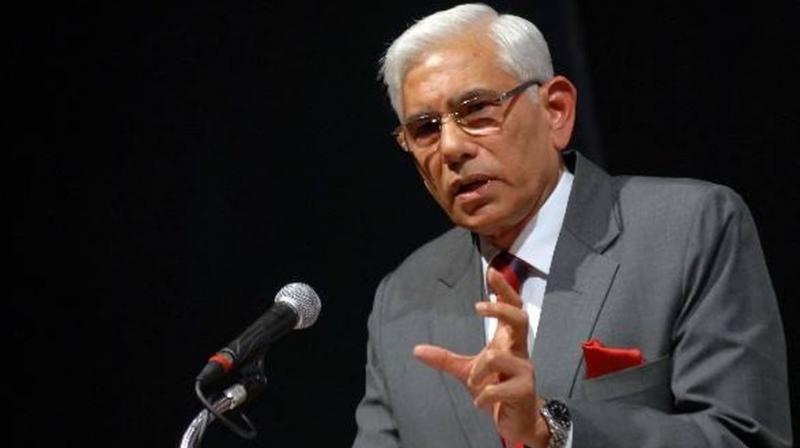 The Board of Control for Cricket in India (BCCI) has initiated enquiry over the alleged corruption in Tamil Nadu Premier League (TNPL). (Photo: Facebook)

Anti-Corruption Unit's (ACU) part and they will investigate the matter and as of now, nothing has come to the CoA.

"It is an ACU's part. ACU will look after the matter. Nothing has come to us. We are on track for elections," Rai told ANI after the CoA meeting here.

The Board of Control for Cricket in India (BCCI) has initiated enquiry over the alleged corruption in Tamil Nadu Premier League (TNPL).

There have been reports of an unknown person approaching some of the players during the league and the players then complained to the ACU to deal with the matter.

"Yes, some of the players have approached us and based on their statements, we have initiated an inquiry. We have also recorded their statement on how and when they received messages from the unknown person," Ajeet Singh told ANI.

"Actually, there was a WhatsApp message that was sent by some unknown people and then the players approached the ACU. It can be anyone but we are sure that there is no international player involved," added Singh.

The TNPL has become an annual event, which features star players like Ravichandran Ashwin, Murali Vijay, and Dinesh Karthik.

On the National Dope Testing Laboratory, Rai did not make any comment as it was banned by the World Anti Doping Agency last month.

"No comments on the dope test of cricketers as the NDTL is banned by the WADA," Rai said.

Earlier, after the suspension of NDTL by WADA, the BCCI had written to the National Anti Doping Agency (NADA) seeking clarity over the future course of action.

In a letter addressed to the Director-General and CEO, NADA, the cricketing body had also expressed concern over the previously collected samples by NDTL at BCCI domestic tournaments.

"It has come to our attention through media reports that NDTL has been suspended by WADA for a period of six (6) months owing to "non-conformities with the International Standard for Laboratories (ISL) as identified during a WADA site visit," BCCI had stated in its letter to NADA.

"We request you to kindly let us know how this suspension will affect samples collected by NADA at BCCI Domestic Cricket tournaments. Since NDTL is unable to test the samples of our cricketers, what is the way forward to ensure a strict chain of custody and timely analysis of all samples," it added.