All the records broken by Steve Smith in Ashes 2019; read

Despite facing boos and taunts from several places he managed to keep his mind steady and calm and proceeded to earn victories for his team. 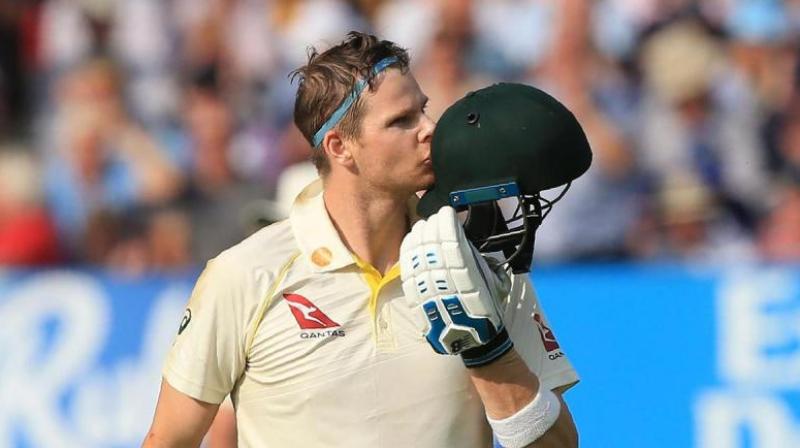 Before his dismissal took place in the second innings of the last Test, Steve Smith’s lowest score in the score was a mind-boggling 80 runs. (Photo:

Mumbai: ‘Steve Smith’, this name boomed throughout the world during the recently concluded Ashes 2019. The performances he put together for Australia were breathtaking. Despite having missed three innings from the series and making a comeback to Test cricket after 16 months, he managed to come up with one of the most amazing cricketing performances in recent years.

The end of a magical #Ashes series for Steve Smith 👏 pic.twitter.com/g08V7heS6Z

Despite facing boos and taunts from several places he managed to keep his mind steady and calm and proceeded to earn victories for his team. Before his dismissal took place in the second innings of the last Test, Smith’s lowest score in the score was a mind-boggling 80 runs. In this series, his scores read 144, 142, 92, 211, 82, 80 and 23. So good was his performance, that, the only time he couldn’t score at least a half-century was in his last innings.

BREAKING: Steve Smith is mortal.
He was mercilessly booed when he came to England this summer.
He departs to a standing ovation.
What a player & what an extraordinary rehabilitation..
The bat, it transpires, is mightier than the sandpaper. https://t.co/urIodEUSIB

Here is the list of all the records that Steve Smith has broken or equalled in the 2019 Ashes.

4. Smith also joins an elite list of batsmen like Don Bradman, Sunil Gavaskar, Brian Lara, Everton Weekes and Gary Sobers, who have registered more than 700 runs in a Test series more than once.

5. With this score, Smith has equalled Sunil Gavaskar’s 49-year-old record of scoring 774 runs in a single series. Just like Smith, Gavaskar had scored 774 runs in 1970-71 Test series against the unstoppable West Indian team of that time.