Rohit said Ajinkya Rahane could be his partner for the series-opener against Australia at the MA Chidambaram Stadium on Sunday. 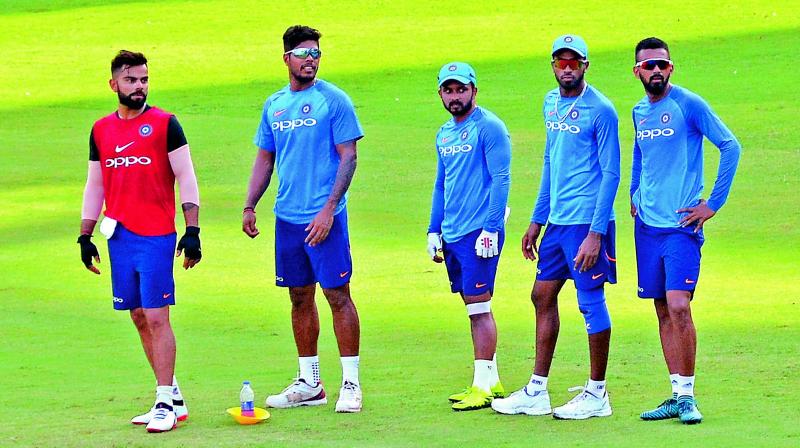 Chennai: They are one of the best pairs India have seen in limited-overs game. With an aggregate of 2,981 runs for the opening wicket in 68 innings, Rohit Sharma and Shikhar Dhawan have given India many a sparkling start. The right-left combo stands only behind the storied partnerships of Sachin Tendulkar-Sourav Ganguly (6,609 runs) and Tendulkar-Virender Sehwag (3,919 runs).

Considering the impact the two have had for India in recent times, Dhawan’s absence will be felt in the dressing room, more so by Rohit.  Dhawan has been released from the squad following a personal request. “The kind of form he was in off late and the achievement we have had in the last few series, Dhawan always has a big role to play. Right from the Champions Trophy till the tour in Sri Lanka, he has had impactful performances for the team,” said Rohit, India’s vice-captain.

Rohit said Ajinkya Rahane could be his partner for the series-opener against Australia at the MA Chidambaram Stadium on Sunday. “We have got a few guys who can replace Dhawan. Ajinkya is one of them. He had a great series in the West Indies where he was the man of the series. We have got a very good bench strength. There are guys who can come and take the position anytime. That’s why we have the rotation policy going on,” he added. 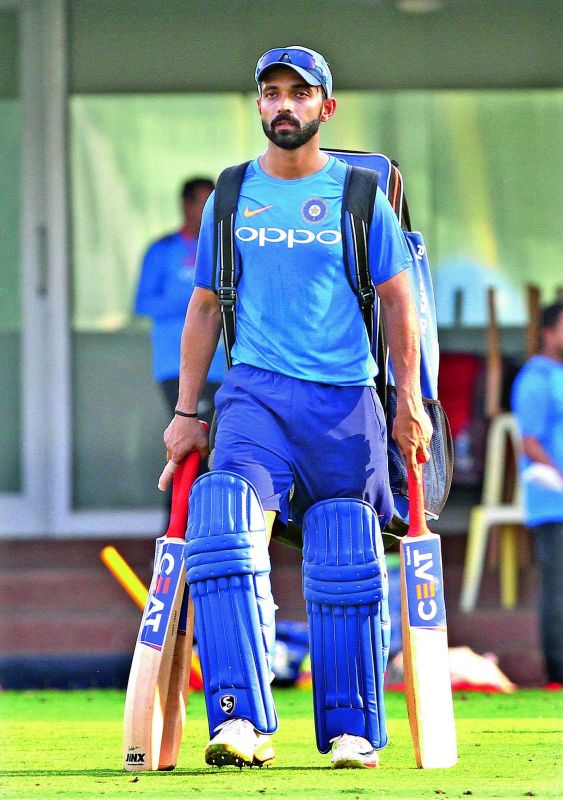 K.L. Rahul is another player who is capable of opening the innings, but during the recent series in Sri Lanka he played at no. 4. “Before the start of Sri Lanka tour, the captain said he was looking at KL for the no. 4 slot. I think both coach and captain have clearly spoken about roles each individuals have to play. Ajinkya opened in the West Indies. I guess that could be an option. When you have this kind of versatility in your team, it gives captain and coach a little bit of relief that these guys can take up any position they are offered,” Rohit said.

The Mumbai cricketer said opening is all about complementing each other. “The conditions and the pitch are important. At the end of the day, you have to give your team a good start. If I see someone struggling at the other end, I will have to take up the role and if they see I’m struggling, they’ll take up that role. That’s the planning we have in our set- up. When we get out in the middle, there is no confusion. There is only one thought — how to get our team off to a good start. Whoever gets the opportunity to bat with me will think the same way,” he added.

The current Australian team under Steve Smith look a lot different from the one known for aggressive brand of cricket as well as engaging in verbal duels. Rohit said the series would be very competitive and the teams know the importance of playing in the spirit of the game. “We all know as professional cricketers we shouldn’t cross our limits. A lot of these guys have played enough cricket to understand that,” he said.

Rohit predicted that the opening game at Chepauk would be a high-scoring entertainer. “I just had a glance at the wicket when I was walking by. It looks a typical Chennai wicket. It’s a good and hard wicket, so I guess plenty of runs are on the board,” he added.