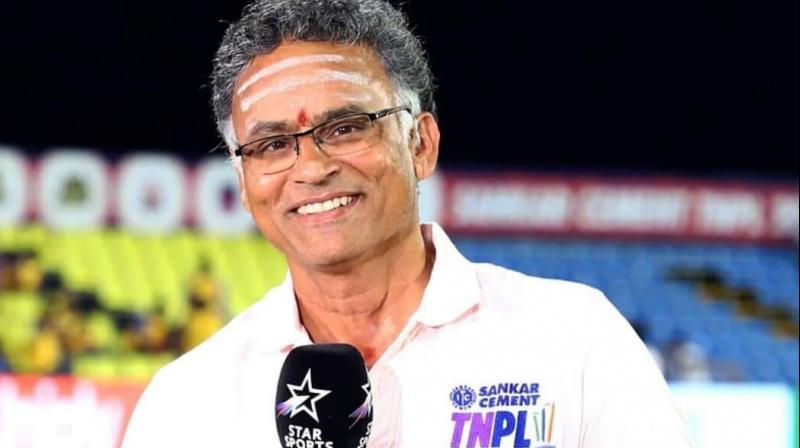 Mumbai: Former India opener VB Chandrasekhar committed suicide at his home in Chennai on Thursday evening, police said. He was 57. His body was found hanging from the ceiling fan in his bedroom on the first floor.

Investigating officer Inspector Senthil Murugan said Chandrashekhar had not left any suicide note, as reported by The Times of India.

"Chandrasekhar's wife told the police that she had knocked at the door of his room but there was no response. She then peeped through the window to find him hanging from the ceiling," said inspector Murugan.

"She also informed us that VB was depressed due to the losses that he had incurred in his cricket business," Murugan added.

Also Read: VB Chandrasekhar passes away at 57, condolences pour in

Chandrasekhar was an aggressive opening batsman and played a crucial role in the Tamil Nadu's second Ranji Trophy title in 1987-88. He played seven ODIs for India and also featured in 81 first-class matches.

The swashbuckler also played for Goa, before becoming the national selector, state coach and commentator. He was also active with his TNPL team and was a part of the team set-up until their last game earlier this week.

"I was at the other end of the pitch and to see him tear the ROI attack apart which had bowlers like Sanjeev Sharma and Narendra Hirwani was a sight I will never forget. He was an absolute entertainer and a great friend and this is shocking news for me," former India captain and chief selector Krishnamachari Srikkanth said.

"I have opened with him so many times and shared a great camaraderie with him during our commentary stints in recent years," Srikkanth added.

Suresh Raina also spoke of Chandrasekhar's efforts when Chennai Super Kings started their journey. "His consistent efforts made it possible to set the right foundation of the CSK team. He always encouraged & believed in us since the very beginning. My deepest condolences to the family," Raina tweeted.

Extremely sad & shocked to hear about the passing away of VB Chandrasekhar sir. His consistent efforts made it possible to set the right foundation of the CSK team. He always encouraged & believed in us since very beginning. My deepest condolences to the family. pic.twitter.com/g2mtq8wRos