Birthday Celebrations: Have a look at some of Shivnarine Chanderpaul’s finest knocks

Considered to be one of the greatest cricketers of his era, the Guyana-born southpaw has amassed 20000 runs in international cricket. 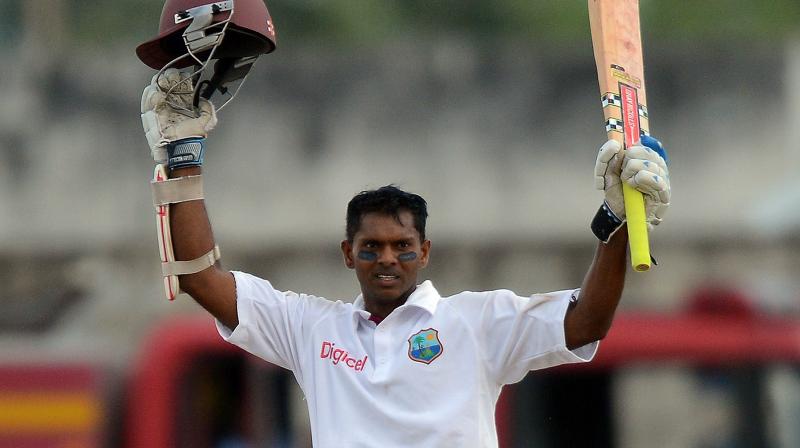 Mumbai: Shivnarine Chanderpaul is one of the finest cricketers that the Caribbeans has ever produced. Considered to be one of the greatest cricketers of his era, the Guyana-born southpaw has amassed more than 20000 runs in international cricket. His career spanned over two decades. Sachin Tendulkar and Sanath Jayasuriya are the only ones whose careers have spanned as much.

In 2008, he was named as the Cricketer of the Year by Wisden and was also awarded the ICC Cricketer of the Year award. His unorthodox batting stance did not take anything away from his batting prowess. Even though he played in the shadow of the great Brian Lara, he carved his own niche in the squad.

He made his debut in 1994 versus England at the age of 19. But he was criticised heavily in his early years due to the inability to score big runs. He was plagued by injuries and also had a piece of bone removed from foot in 2000. Ever since then it was as if he was an entirely new person as he started playing the best kind of cricket he could and there was no looking back for him.

This high-scoring match began with India batting first and 338 at the loss of three wickets thanks to a solid opening partnership between Gautam Gambhir and Sourav Ganguly. The Windies, too, had an even better opening stand between Chanderpaul and Chris Gayle, where the former scored an unbeaten 149. But it went in vain as a batting order collapse resulted in West Indies losing the match by 14 runs.

Chanderpaul turned saviour once again for the Windies as he saw through an early Kiwi onslaught to notch-up a partnership with Dinesh Ramdin. He was the only one that remained not-out till the end of their innings as he managed to score 122 and bring the Windies to a total of 367. But even this time they could not take advantage of the situation as New Zealand won the match by 8 wickets.

Coming in at 4 down for just 40 runs he faced a humongous task of bringing West Indies back to the game. He managed to do it and he did with style by scoring a Test century off just 69 balls. But, this time too, the Windies ended up on the losing side as they couldn’t match up to the might of the Australians.