According to Lobo, even if the rain hadn’t interfered in the semi-final match, then also the match would not have yielded better result. 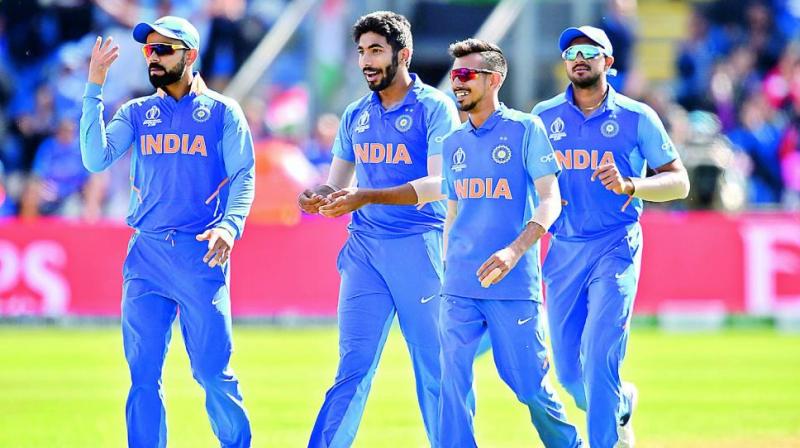 More than two months before the start of the World Cup, he only predicted that Virat Kohli's boys would return empty-handed. (Photo:File)

Mumbai: "Sad" to be proved right. Rain or no rain, what was predicted earlier has comes true and it is saddening". These are the words Indian astrologer Greenstone Lobo summed up immediately after Team India's exit at the World Cup.

More than two months before the start of the World Cup, he only predicted that Virat Kohli's boys would return empty-handed.

Speaking exclusively, he said, "I would have been happy if the prediction went wrong. I started doing research in sports astrology as I was fed up of Australians winning all the time."

"When I spotted MSD in 2005, I was so happy that we finally got a man who would win us the World Cop. Now, MSD has completed his astrological quota of success and wouldn’t be a part of the World Cop winning team." "More than being happy for myself, I’m pleased that I was able to defend the cause of astrology", he further added.

According to Lobo, even if the rain hadn’t interfered in the semi-final match, then also the match would not have yielded better result.

"Nothing at all. It was nature’s way of making the match more interesting. It was anyways supposed to end in this way only, rain or no rain", he further added.

Referring to Rahul Dravid's son, Samit, Lobo has said, "Samit Rahul Dravid will surpass his father's achievements." "Samit will break records and tear his way into the history books. He will create his own records, which will stand for a long time."

"When Samit posts those big scores, makes a place for himself, I hope people will understand that it is through his merit alone and not because of his father's clout. Samit has it all. Being born in Rahul Dravid's home at the right time was destiny's sweet way of ensuring the continuity of his illustrious father's legacy."