Injured Shikhar Dhawan, Vijay Shankar check in at NCA ahead of Windies series

India is scheduled to play three T20 Internationals, three ODIs and two Tests against the Caribbean side. 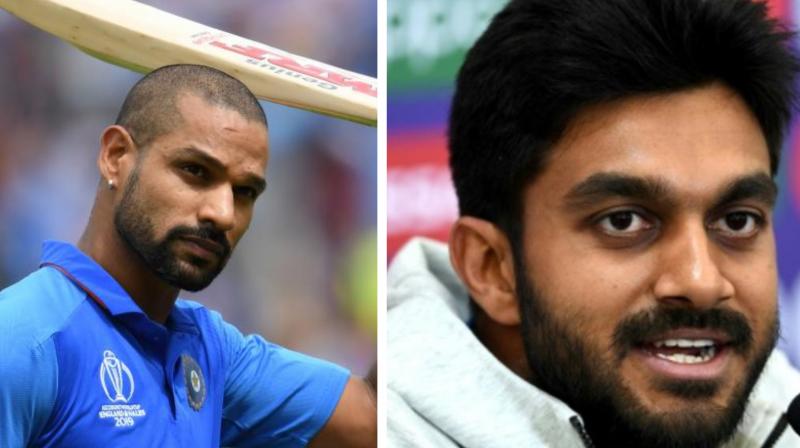 Dhawan checked in at NCA for rehabilitation, while Shankar is set to get his injured toe assessed. (Photo: AFP)

Mumbai: India opener Shikhar Dhawan and all-rounder Vijay Shankar, who were injured during the ICC World Cup 2019 reported at the National Cricket Academy on Monday.

Dhawan checked in at NCA for rehabilitation, while Shankar is set to get his injured toe assessed ahead of the series against West Indies. The selectors are going to pick the team for the West Indies series on July 19.

Shankar, on the other hand, injured his left toe while facing a yorker from Jasprit Bumrah in the nets. Shankar suffered a non-displaced fracture and was replaced by Mayank Agarwal for the remainder of the World Cup.

India is scheduled to play three T20 Internationals, three ODIs and two Tests against the Caribbean side.

However, there is no news regarding Dhoni's possible inclusion in the squad for West Indies tour. The 38-year-old has been criticized lately, for his inefficiency to score quickly in death overs. MSK Prasad will be speaking to the team management before the selection of the squad.