'I see no reason why NZ can't be competing for title in 2023 World Cup': Vettori 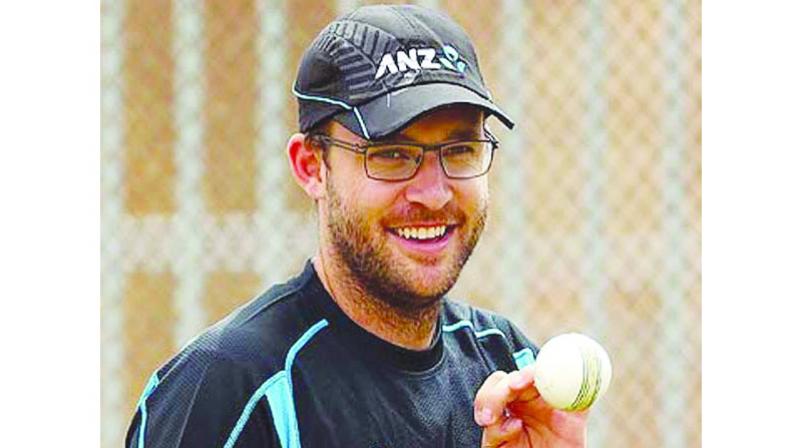 The former skipper said the Kane Williamson-led New Zealand team "should be forever proud" of its performance. (Photo: File)

London: Spin great Daniel Vettori is optimistic of New Zealand competing for title in the 2023 World Cup, preferring to look ahead instead of brooding over the gut-wrenching defeat to England in Sunday's final.

"Looking ahead to where New Zealand go, we certainly won't be seeing too much change from them. This is a settled team and the majority of this squad will be available for the next World Cup, so they've got the building blocks of something very special," Vettori wrote in his column for ICC.

"They'll take a lot of experience from this heading forward and there's no reason why these 15 guys can't be competing for a title in India in four years' time."

The former skipper said the Kane Williamson-led New Zealand team "should be forever proud" of its performance.

England were adjudged the winners on the basis of their superior boundary count -- 22 fours and two sixes to New Zealand's 17 -- after the tournament's greatest final, and the ensuing Super Over, ended in a tie.

"The New Zealand players will be devastated on their way back home but they should be forever proud of how they performed in the World Cup final.

"Both teams were incredible, each had times where they were on top and in control before it was wrestled back, so there were so many parts that you could analyse and deconstruct from the match," Vettori said.

Opting to bat, New Zealand had put up a modest 241 for eight. In reply, England ended at the same score leading to the one-over eliminator.

In the Super Over, England batted first and the duo of Ben Stokes, who kept the hosts in the game with a brilliant 84 off 98 balls, and Jos Buttler made 15, and New Zealand also ended at the same score but for the loss of one wicket, paving the way for an English victory on boundary count.

"Two ties in a World Cup final at Lord's, you can't even imagine that stuff. There was a lot going on, a lot packed into 102 overs and it was gripping from start to end.

"It is heart-breaking for New Zealand, you could see the emotion from Kane Williamson at the end of the game and there would be some devastating guys in that dressing room. The fans and the country will be devastated, they saw the effort, they saw the fightback and the opportunity to win the game," Vettori wrote.

"The two ties are crazy, but there will be a lot of pride around the performance not only in this game but with the way New Zealand have played throughout the whole World Cup."

Former New Zealand cricketers were also left hugely disappointed by the ICC's rule, describing it as "absurd" and "unfortunate", but Vettori pointed to the fact that England delivered under tremendous pressure.

"You can't take anything away from England, a couple of things went their way at the last but they were under an immense amount of pressure for the last few weeks of the tournament.

"They stood up and dominated, they beat the three other semi-finalists in successive games to reach the final and you can't underestimate that type of performance," he said.

"New Zealand played very well in that final - they barely did anything wrong and in that seems unfair to be talking about them as a losing side. So for them, it's about celebrating the brilliance of their game and there was plenty of it. It's a time to celebrate what went right and not focus too heavily on what went wrong."