The rule of boundary count came into play after the match was tied at 241 runs and later the Super Over too ended on a tie. 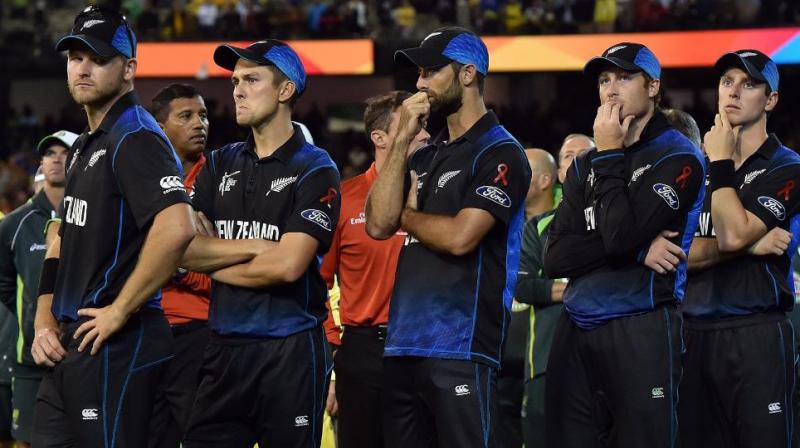 Apart from Stead, New Zealand's batting coach Craig McMillan stated that sharing the trophy was the 'right thing' to do. (Photo: Photo: Twitter/cricketworldcup)

London: New Zealand coach Gary Stead said that declaring joint winner was an option to be considered after his side lost the World Cup final at the hands of England on the basis of boundary count in the match.

The rule of boundary count came into play after the match was tied at 241 runs and later the Super Over too ended on a tie as both the teams scored 15 runs. With this victory, England won their maiden World Cup title at Lord's on Sunday.

"Perhaps when you play over a seven-week period and can't be separated on the final day, that is something should be considered as well. But again that's one consideration over a whole lot of things that went on over the World Cup," ESPN Cricinfo quoted Stead as saying when asked whether he would have preferred New Zealand being declared joint winners.

Apart from Stead, New Zealand's batting coach Craig McMillan stated that sharing the trophy was the 'right thing' to do.

"It is not going to change yesterday's result. But what is probably fair to say at the end of seven weeks in a big tournament like this, when you have two teams can't be separated after a 50-over match and then a Super Over and neither team did actually lose in many ways in terms of runs scored. Then perhaps sharing the trophy would be the right thing to do. Wasn't to be yesterday, which we all are disappointed with. But it is the sport and those were the rules," he said.