No stopping Shrikanth Wagh even after 10-wicket haul 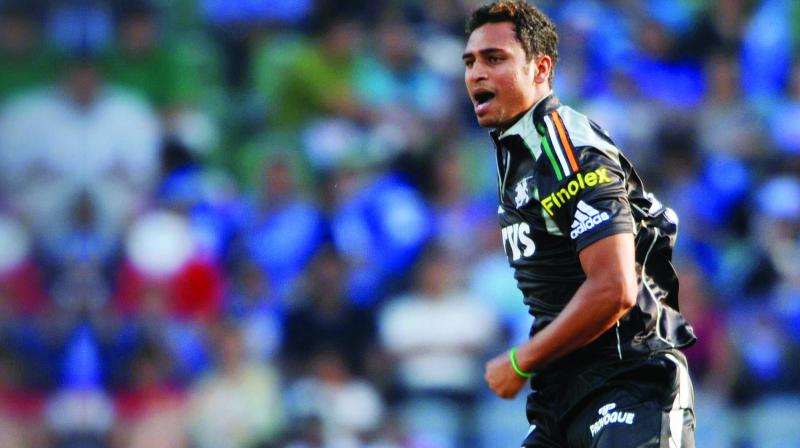 While defenders in football train for a year to perfect the art of tackling without conceding a foul, they still fail on multiple occasions. But what happens when a cricketer tries to tackle and falls short?

Shrikanth Wagh who plays for the Vidarbha side knows the end result. Cricketers generally play a small football game for warm-up before the net practice begins. It’s usually not as competitive except for that one day that left Wagh on the sidelines for the season.

Freshly, he bagged 10 wickets in one innings in the North Yorkshire and South Durham (NYSD) Cricket League for Stokesley Cricket Club. It was not a tenner in the whole match but one inning- something that was once achieved by Anil Kumble against Pakistan. He struck off 10 Middlesborough wickets in one innings on June 30. “I had a big lay-off but it’s safe to say that I am back,” he says.

“I will return next month to train with Vidarbha and do my best. You see one good season took Deepak Chahar to the Indian T20 and Chennai Super Kings. That’s what a good season can do right now,” he adds.

The path to his return was fairly complicated though. His side emerged as the winners of the Ranji Trophy but the pacer did not play a part in the celebrated tale of Vidarbha. Wagh was on the receiving end of a gruesome tackle in a warm-up football game that kept him away for months. He would’ve had a story to tell if he were a footballer but this would only go down as a tragedy.

An ordinary Vidarbha team needed a fast-bowler to step up after learning about his absence and Rajneesh Gurgani rose to the occasion to compliment Umesh Yadav in the fast-bowling department. Wagh’s place was never in jeopardy considering his excellence with swing.

Eventually, he returned to play limited overs format for Vidarbha in the Vijay Hazare Trophy. He bagged five wickets in as many games. The fire was still alive. His economy was 4.34. He followed this by bagging nine wickets in Mushtaq Ali Trophy playing five games.

Being out for the whole test season, he was hungry for more cricket. The fast-bowler enrolled for the NYSD league in England. Wagh learned that his prowess lies with swing and the conditions are apposite for a bowler like himself.

He lashed out his best performance against Middlesbo-rough scalping the whole team in his 11.4 overs. “Personally, that moment it did not feel like a great achievement. After the match ended, I realized that it was something great that I had done,” he says.

“Getting attention is good when you are playing. It helped me gain a confidence and that was my sole reason for coming here (England). I think playing is the only option to improve and that is what I am doing,’ he further adds.

He also played in the Indian Premier League (IPL) for Rajasthan Royals and Pune Warriors. Wagh and Bhuvaneshwar Kumar both debuted together for the Pune franchise. One has advanced to become the most dependable bowler for the country and the other is still finding his way.

The 29-year old Shrikant Wagh eyes one more opportunity at the all-glamour league. “That’s something I want to do. Play well to get another shot over there (IPL) and eventually earn the cap for the country which is my only goal,” he says.