Bumrah has been the key weapon in the bowling scheme of things for India and Gambhir reckons the bowler will once again be the trump card. 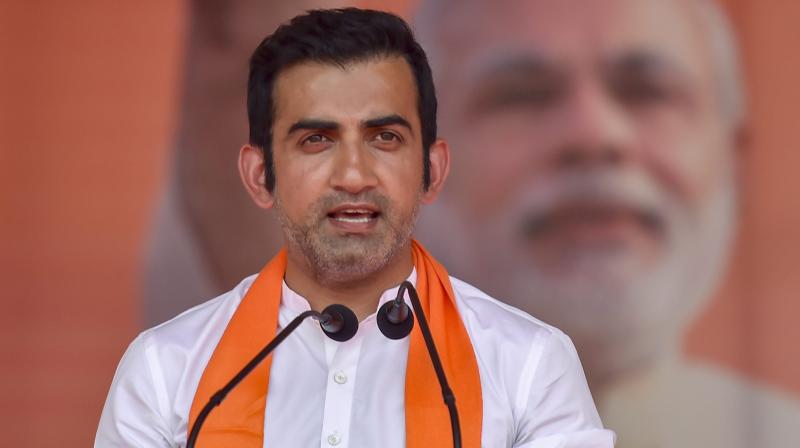 Gambhir is of the view that Rahul is the best-suited batsman to play at number four position, considering his technique. (Photo: PTI)

Bumrah has been the key weapon in the bowling scheme of things for India and Gambhir reckons the bowler will once again be the trump card for India and his form will be crucial for its chances in the World Cup.

The selectors did not pick Ambati Rayudu in the fifteen-member team. Chief selector MSK Prasad at the time of announcing the squad had said Vijay Shankar will most likely play at number four position, with KL Rahul being the backup option for that spot.

However, Gambhir is of the view that Rahul is the best-suited batsman to play at number four position, considering his technique.

"I feel Rahul is best suited for No.4 spot because he has got the technique, he has got the ability to win you games. I know that is not the position you would have preferred, but I have always believed one thing you only put yourself in the playing XI ultimately it is the team management who decide," Gambhir said.

Gambhir played a key role in India's World Cup triumph in 2011 as he scored a knock of 97 runs in the finals against Sri Lanka. The player said that Australia has one of the best bowling attacks going into the World Cup this time around.

The left-handed batsman also praised the tournament's format this time as the World Cup will be played between the top ten teams. The tournament will be played in a round-robin format with every team taking on each other before the semi-finals stage.

"With Mitchell Starc, Pat Cummins, David Warner, and Steve Smith coming back, they're probably the side to beat. In any ICC tournament, if you beat Australia, you're right up there because they know how to play big matches," Gambhir said.
"This will be a well-contested tournament as all the teams play each other. This format will give us the real world champion and I think ICC should stick to this format for all future World Cups," he added.