IPL 10: Mumbai and Pune lock horns for a place in the final

Mumbai have lost both games to their games to Pune this season so it may be at the back of their mind. 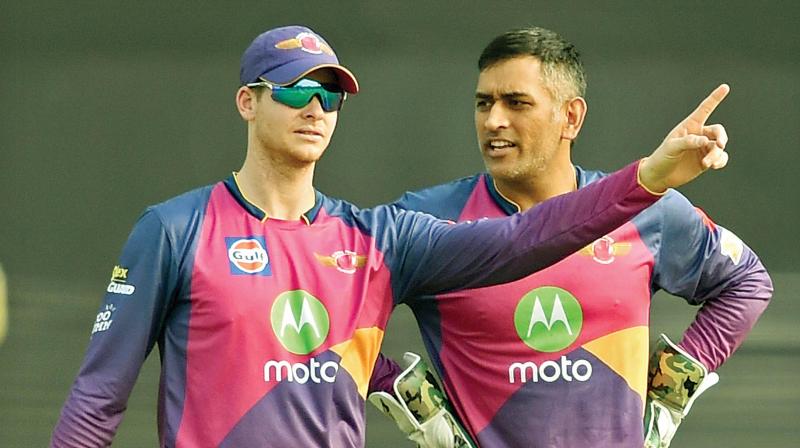 Mumbai: Indian Premier League leaders Mumbai Indians will look to carry their momentum into Qualifier 1 and seal a final berth when they take on state rivals Rising Pune Supergiant at Wankhede Stadium here on Tuesday.

Two-time winners Mumbai Indians wrested back the initiative after a nine-run win over Kolkata Knight Riders at Eden Gardens on Saturday after back-to-back losses. The win came despite six changes in the playing XI, showing their strong bench strength. The team had hardly changed before the last game except for forced changes and everyone in the XI chipped in with crucial contributions when needed.

The bowling has been disciplined and they had one off game against Kings XI Punjab here on Thursday but the batsmen then stood up and took the team close to a target of 231 before falling short by seven runs.

Wankhede produced 453 runs in the last game when a fresh pitch was used. The par score is in the 170s and chasing has been an advantage with dew making it difficult for bowlers to grip the ball.

Ambati Rayudu’s strong comeback from injury in the last game has given the home side a selection dilemma. Saurabh Tiwary also came good in his first game of the season but he is unlikely to find a place ahead of Nitish Rana.

The experienced Lasith Malinga despite his inconsistency, wicket-taker Mitchell McClenaghan and the dependable Jasprit Bumrah are likely to be back after a one game rest along with off-spinner Harbhajan Singh.

Mumbai have lost both games to their games to Pune this season so it may be at the back of their mind. Though it is not a knockout game as the losing side will get a second shot at a final berth in Qualifier 2 in Bengaluru on May 19, Mumbai will be keen to do at home where they won five games and lost two this season.

The visitors though will miss England all-rounder Ben Stokes who has been remarkable with bat and ball and taken some unbelievable catches. The left-handed batsman who fetched a record `14.5 crore at this year’s IPL auction has returned for national duty.

Pune have no ready replacement available for Stokes and will either go with Australian batsman Usman Khawaja who hasn’t played yet or New Zealand pacer Lockie Ferguson.