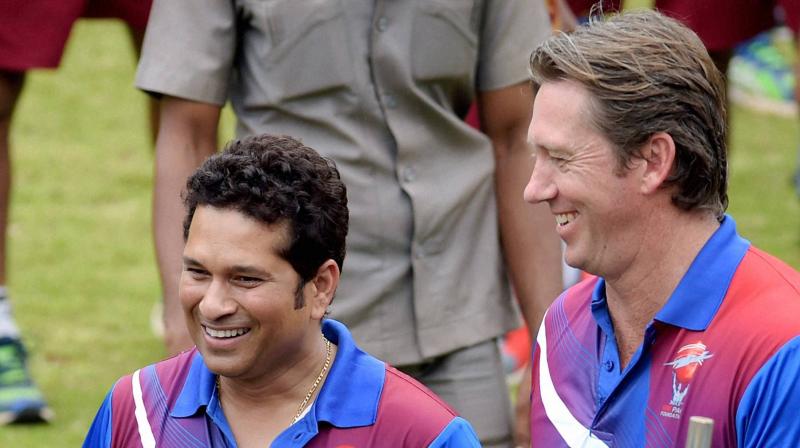 Who is the most complete fast bowler from the current crop of cricketers? McGrath replied: "Pat Cummins. I like the way he goes by."

One of the best fast bowlers through the 90s till late 2000s, McGrath believes that bowling to Brian Lara will be slightly tougher than Tendulkar. He also revealed his secret wish list, if he could take a Test hat-trick.

"Tough," he said when given a choice between Lara and Tendulkar.

"I would go with Lara just (a bit) from my experience. The hat-trick wish list would be Brian Lara, Sachin Tendulkar and Rahul Dravid."

Asked what delivery, he didn't possess in his armoury, he cheekily replied: "the 100miles per hour delivery."

According to him, it's the bowlers who work a lot harder than batsmen. "Fast bowlers are better blokes, work harder and batsmen expect everything."

Given a choice of Mankading in a World Cup final where he has to get the last wicket but with only two runs to defend, the legendary pacer said that he would never do it.

He also feels that after watching Jim Carrey's performance in Dumb and Dumber, he would like the Hollywood actor to play his role if a biopic is made.

"Brad Pitt or Hugh Jackman," are his other choices.

Not one known for elegant dressing, McGrath said that he liked wearing outfits designed by Indian Sabyasachi.