India's young wicket-keeper Rishabh Pant who missed out the bus for the World Cup squad will be 'consoled and taken into confidence.' 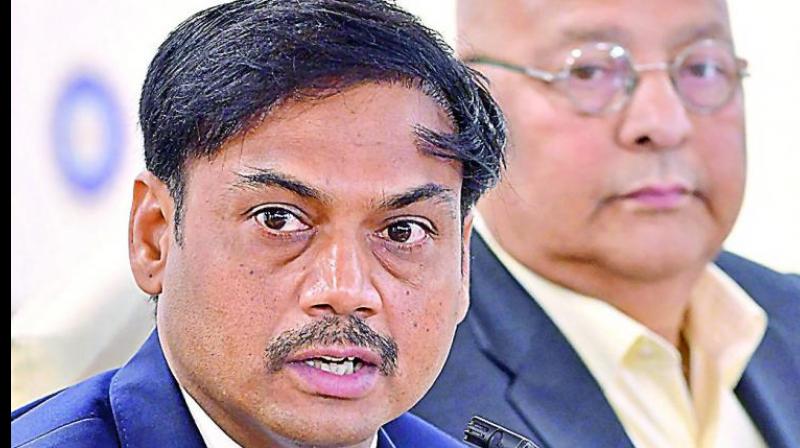 Rishabh Pant and Ambati Rayudu were among the strong contenders for the selection, but the selectors seem to have had their faith in Karthik and Rahul. (Photo: AFP)

Mumbai: Dinesh Karthik was over the moon. He is in the team for the World Cup to be played in England and Wales.

While accepting the congratulatory message from this Reporter on his Whatsapp, he replied Yasss and sent his Sticker photo.

India's young wicket-keeper Rishabh Pant who missed out the bus for the World Cup squad will be "consoled and taken into confidence."

According to the highly placed sources in the BCCI, the 21-year-old Pant will be taken into confidence and explained the reason for his drop out by one of the selectors.

"Most probably the same assignment will be performed by the chief selector MSK Prasad, who himself was a wicket keeper and can explain him the situation under which he was dropped better."

Rishabh Pant and Ambati Rayudu were among the strong contenders for the selection, but the selectors seem to have had their faith in Karthik and Rahul.

"At present, we have plan only to talk to Pant", the source added.

"Under pressure, we have seen Dinesh Karthik finishing matches. That scored for him", the chairman said at the media briefing.

"Pant is full of talent. There's a lot of time for him. It's just unfortunate that he's missed out", MSK had said.

Former India wicket-keeper, Syed Kirmani, who was also a selector in the past has hailed Karthik's choice.

Speaking exclusively over telephone from Bangalore, he said, "The selection committee has done a fair and right selection of the World Cup team. Pant no doubt is a gifted talent in abundance. He has a long learning way to go."

"Karthik has a lot of experience as an all rounder, can be match winner, game changer, an athlete with good fielding ability, if needed. An experience player has always comes handy at the time of crisis."

There will be one or even more selectors joining the team at the World Cup. "We are in the process of getting approval for the selectors' trip."

The selection committee meeting was not attended by the coach Ravi Shastri.

"He generally does not attend the selection meetings. But his and team management views were explained by the captain (Virat Kohli)", the BCCI source added.