After the 2015 edition the fast bowler subsequently suffered from weight gain and did not play one-day cricket for two years. 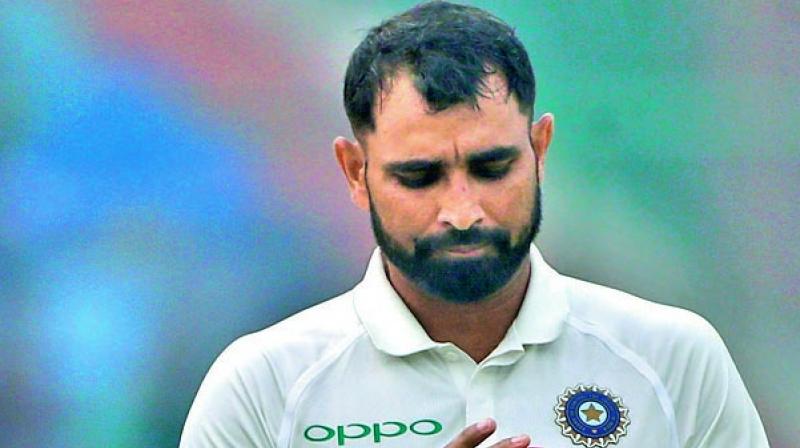 Although new fast bowlers like Jasprit Bumrah and Bhuvneshwar Kumar have emerged, Shami has successfully put the issues behind and is now a regular member in India’s ODI squad. (Photo: File)

Dubai: Fast bowler Mohammed Shami, who has been named in India's 15-man squad for the World Cup, has credited the management for helping him rediscover his confidence.

After the 2015 edition, where Shami was the second-highest wicket-taker with 17 scalps, the fast bowler subsequently suffered from weight gain and did not play one-day cricket for two years.

Although new fast bowlers like Jasprit Bumrah and Bhuvneshwar Kumar have emerged, Shami has successfully put the issues behind and is now a regular member in India’s ODI squad.

"I'm very happy that I’ve got a second chance in a World Cup. As far as performance is concerned, the way I’d performed in 2015, how I approached it with confidence, I’m hoping that there's an increased confidence in me.

And whatever confidence that I have, in terms of my performance in the last seven-eight months, I want to carry that confidence and put my best foot forward for my team,” ICC quoted Shami, as saying.

“I was a bit heavy after my injury and didn't play ODIs for an extended time, but I’ve played ODIs recently. Especially in the last six months, there have been some outstanding changes in my life.

I’m happy with whatever I’ve achieved. I lost so much of weight, my body has that flow now and the rhythm, I feel similar to when I started (my career). I’ll try to maintain the same rhythm in the future for the World Cup.”

"There's a lot of difference (with my bowling) when compared to, say three years back. I’ve done a lot of hard work. I've worked with the coaches, and the confidence that I got with the Indian team, backing me when I was trying to improve my fitness levels, the management, the NCA (National Cricket Academy) - they all backed me with all their heart. I was also dedicated to take on the fitness challenge in front of me. I accepted that and the result is now in front of you."

Shami was forced to take a break from the 2018 Indian Premier League (IPL) after sustaining a head injury in a road accident. However, after spending another year out of the squad, Shami has returned to his wicket-taking spells. In the 2019 IPL, the fast bowler is Kings XI Punjab’s highest wicket-taker with 10 scalps from eight matches.

After the IPL, India will head to the UK for the World Cup. With the current workload, Shami feels IPL has taught him how to be mentally and physically prepared to deal with the 50-over tournament.

"Playing these matches (in the IPL) help in terms of fitness and mental preparation. It's a challenging tournament before the World Cup and it is very helpful in the preparation, mentally and physically,” the fast bowler said.

The World Cup is scheduled to be held in England from May 30 to July 14. India will play against New Zealand and Bangladesh in the warm-ups before opening its campaign against South Africa on June 5 at the Hampshire Bowl.