Kohli had read the wicket better by fielding three spinners and they got spin and bounce to be in the game. 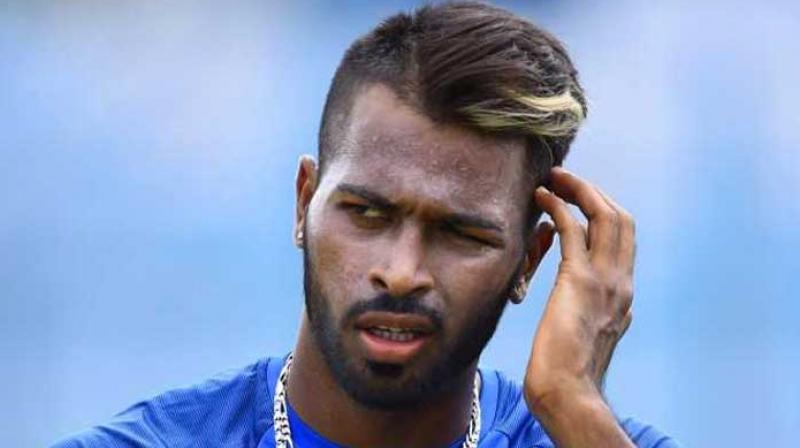 Mumbai: Royal Challengers Bangalore’s playoff hopes are all but over after they suffered their seventh defeat of the season. Virat Kohli’s side went down by five wickets to hosts Mumbai Indians on Monday.

Kohli had read the wicket better by fielding three spinners and they got spin and bounce to be in the game. But Pawan Negi and fast bowlers let them down again in defence of 171 after AB de Villiers and Moeen Ali had given them a chance with fighting half centuries. Ali also starred with the ball by picking two wickets but in losing cause.

Hardik Pandya played a brilliant cameo of 16-ball 37 to lead MI to fifth victory after openers Quinton de Kock (40, 26b) and Rohit Sharma (28, 19b) gave hosts a blazing start.

The retired South African batsman made up for early loss of skipper Kohli to play masterful innings on a slow track. Parthiv Patel played a cameo of 28 runs before Ali joined AB to get involved in a partnership of 95 runs in 61 balls for the third wicket and put the visitors on course.

Mumbai Indians brought back Lasith Malinga in place of injured Alzarri Joseph who is likely to fly back to West Indies due to dislocated shoulder.

Jason Benhrendorff who made into the Australian World Cup squad for the first time celebrated with the prize scalp of Kohli in the third over.

Kohli (8) inside edged a Behrendorff incoming delivery that had extra bounce to wicket keeper Quinton de Kock. Jasprit Bumrah bowled his first over maiden, troubling De Villiers as RCB were 21/1 after four overs. Patel broke loose with three boundaries and a six of Behrendorff through Ishan Kishan’s butter fingered hands.

Patel later cut Hardik Pandya straight into hands of Suryakumar Yadav at point. There after it was slow going from De Villiers and Ali before the South African unleashed cheeky shots with big hits. Ali got into act to make up for the slow start with two sixes and a boundary of Behrendorff. He scored exactly fifty in 32 balls with five sixes and a boundary. Marcus Stoinis went early.

De Villiers hit first ball of last over for huge six but was run out next ball. Two more wickets fell in that Malinga over as the Sri Lankan finished with 4/31.

Openers De Kock and Rohit gave Mumbai Indians a rousing start before Ali (2/18) got ball to spin to dismiss both openers in his first over and bring RCB back in the game. Things got tight as RCB spinners took control with Suryakumar Yadav and Krunal Pandya in the middle. Surya (29) holed out to give Chahal his second wicket.