In their last game against RCB, Punjab’s bowling again failed as they allowed the opposition overhaul the target of 173 with four balls to spare. 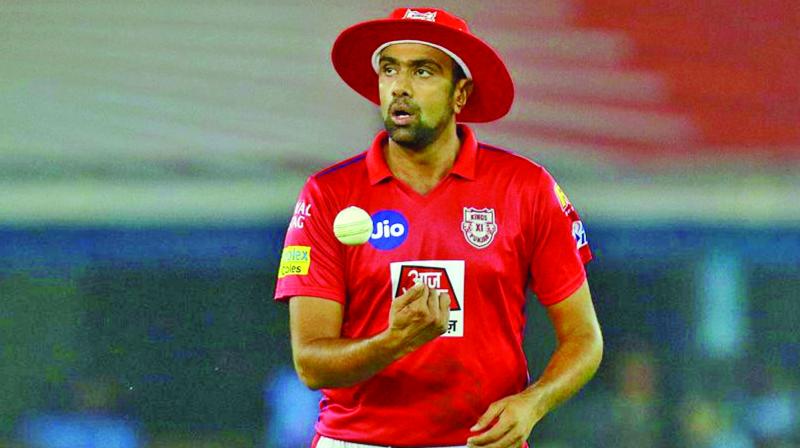 Mohali: An inconsistent Kings XI Punjab will look to sort their bowling woes and regain the momentum when they host a rejuvenated Rajasthan Royals in an Indian Premier League (IPL) encounter here on Thursday.

The bowling attack of Kings XI has been good only in patches. They failed to defend 197 against MI the other day with Kieron Pollard’s knock of 31-ball 83 blowing them away. In their last game against RCB, Punjab’s bowling again failed as they allowed the opposition overhaul the target of 173 with four balls to spare.

Mohammad Shami, Andrew Tye and all-rounder Sam Curran bled too many runs to hurt the hosts and they will need to bowl a tight line to support their skipper Ashwin, who has the ability to frustrate even top batsmen with his intelligent bowling.

“We let ourselves down on the field. We have a few more games at home and We need to string some wins and gain some momentum,” Ashwin said.

Rajasthan, on the other hand, come into this match with a win under their belt. They defeated Mumbai Indians on the latter’s hometurf by four wickets and are currently placed at the seventh spot with two wins from seven matches. Opener Jos Buttler’s 43-ball 89 was the cornerstone of Rajasthan’s chase of 188 against Mumbai.

He was supported well by Rahane’s 37 and Sanju Samson’s 31 to achieve the victory target. The only other match which Rajasthan won was against RCB, in which Buttler again played a key role, hitting 59 runs when his team was chasing a target of 159.

If Buttler boosts Royals’ batting, Kings XI have Chris Gayle, who smashed an unbeaten 99 to single-handedly anchor Punjab to 173 against RCB in the previous game. Other Punjab opener KL Rahul also have been in good form but his 64-ball unbeaten 100 too went in vain when MI chased down 197 to hand them a three-wicket loss. KXIP have been a dominant side on their home ground and they would hope that the loss to RCB in the previous match here was an aberration. Kings XI have the likes of Mayank Agarwal, David Miller, Sam Curran and Mandeep Singh to bolster their batting, but they will need to play good knocks to support their openers.

For Rajasthan, Buttler has been the top-scorer but their batting line-up also includes skipper Rahane, Samson and Steve Smith and they will need to deliver to confront Kings XI at I S Bindra PCA stadium here.

Rajasthan Royals pacer Jofra Archer has troubled the batsmen with his fast bouncers and deadly yorkers and would look for another good outing Tuesday. Among others, seamers Jaydev Unadkat and Dhawal Kulkarni along with spinner Shreyas Gopal would have to deliver for their skipper if they have to stay alive and make it to the Playoffs. English all-rounder Ben Strokes, who failed to defend 18 runs in the last over against Chennai Super Kings, had missed the last match due to an injury and it remains to be seen if he makes a comeback against Punjab.