Ex-cricketer Lewis opens up on embarking his journey to redemption

'You cannot get over the prospect of facing a sentence of 15 years,' said Lewis 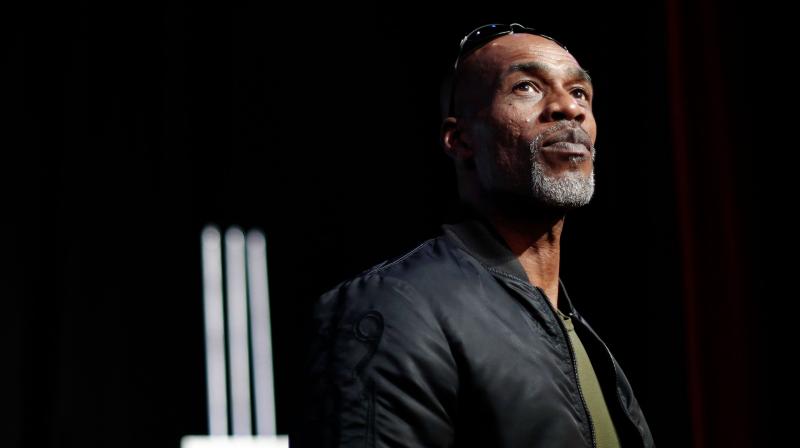 Lewis has played thirty-two Tests and fifty-three ODIs for England from 1990 to 1998. (Photo: AFP)

Basingstoke: Chris Lewis's journey from opening the bowling for England in the 1992 World Cup final to contemplating suicide and being convicted of drugs smuggling has him feeling as ambitious as when he was a teenager, he has told AFP.

The 51-year-old who represented England over 80 times in Tests and one-day internationals said it was fear over being penniless that drove him to smuggle 140,000 pounds (USD 183,000) of cocaine in cans of fruit into England from St Lucia in 2008.

He stood to earn 50,000 pounds from the deal instead he ended up serving six and a half years of a 13-year prison term.

The engaging and lithe former all-rounder is presently touring with the play written by Dougie Blaxland (the pen name of former cricketer James Graham-Brown) about his life called "A Long Walk Back".

"Do you know, the funny thing is I would suggest I am more ambitious and more optimistic than I have ever been in my life," Lewis told AFP in an interview conducted at the Haymarket Theatre in Basingstoke.

"This is a stage of my life I should have gone through in my 20s with a whole set of new experiences.

"It is a place I have not been since I was a teenager... a place when that teenage boy was dreaming of being a cricketer."

The play, directed by Australian husband and wife Shane Morgan and Moira Hunt of the Bristol-based Roughhouse Theatre, has helped re-light the fire within him.

"It (the play) all comes together from an idea of how we have reached here when less than a decade ago I was sat in a prison cell and my life was more than over," Lewis said.

It is a far cry from when Lewis, whose long-term girlfriend Patricia stayed loyal despite him putting her 'through the wars', contemplated taking his own life on the first night he was incarcerated after his arrest.

"You cannot get over the prospect of facing a sentence of 15 years," he said. "If you have not been in jail it seems an unimaginable amount of time.

"The question of 'if this goes the wrong way what will you do' and (suicide) was certainly something on the table.

"It is ironic that after being sentenced to 13 years that did not occur to me."

Lewis, whose morale was greatly helped by former Surrey team-mate Jason Ratcliffe who offered him help from the start, largely kept himself to himself in prison.

"A strange thing that happened was sitting on my bed the night after the sentence had been passed and I cried and it got a lot of emotions out," he said.

"After I had done crying that night I had no need to cry again.

"In terms of the cell... let us say if you like the fragrance of someone else - the toilet is right next to the bed - there are some people who may put up with that because they want company.

"I was more the other way I wanted to be on my own having some control of one's environment and keep your room a certain way."

There were certain rules that Lewis imposed on himself from the start of his jail term -- neither listening to music nor telling his adored grandmother Eunice Joseph back in Guyana about his fall from grace.

"I stopped listening to music immediately because a certain tune can take you back to a particular moment," he said.

"My mum (Patricia) and aunts took the decision not to tell my grandmother who was very proud of me and I wholeheartedly agreed with it. I would ring her from prison and ensured every Christmas that one of my brothers would send her money from me so she would think everything was normal.

"Sadly she was pretty sick at the time, bedridden, and died while I was inside," he says, his voice choking with emotion.

In the play, Lewis takes part in a question and answer session with the audience, fielding sometimes awkward enquiries.

He says he is pleased by the play -- which has included two prisons on its tour -- because it explores the emotional side of his story and the battle he had to accept who was to blame for his predicament.

"It was not immediate but eventually I came to the conclusion the person who has the final say in stuff that happened in your life is me. "It is hard then to start to point the finger without pointing it backwards."