Dream come true to be part of this World Cup team: Karthik

'I am very excited. It has been a dream for me to be a part of this team for a long time now,' said Karthik. 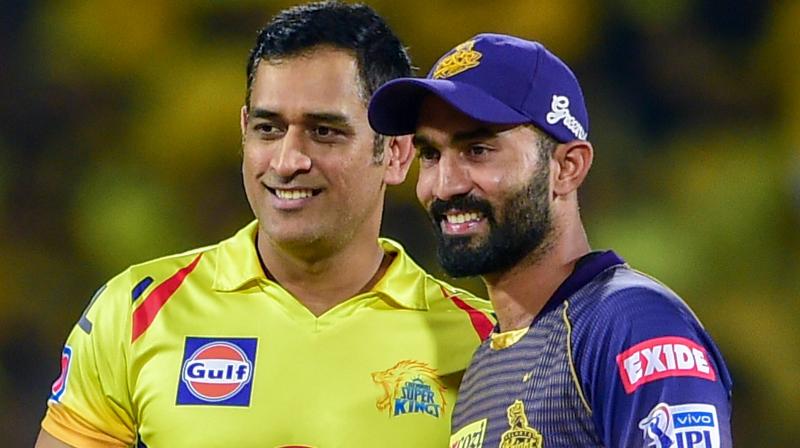 The 33 year old has been selected in place of Rishabh Pant due to his experience of 91 ODIs. Karthik will be the second Wicket Keeper for the team, after MS Dhoni. (Photo: PTI)

Kolkata: Wicketkeeper-batsman Dinesh Karthik, who was on Monday named in India's 15-member squad for the upcoming World Cup, said it was a dream come true to be a part of the team.

"I am very excited. It has been a dream for me to be a part of this team for a long time now," he said.

"As a team, we have done some special things and I have been through that journey and I have really wanted to be a part of this team," he told www.kkr.in.

Karthik Monday returned to India's World Cup squad after 12 years, trumping Mahendra Singh Dhoni's heir apparent Rishabh Pant in a selection move that will be debated for a long time.

The second wicketkeeper was the sole bone of contention for the marquee event starting in England and Wales on May 30 and the 33-year-old Karthik's experience of 91 ODIs gave him the edge over the 21-year-old Pant, according to the five-member selection panel headed by MSK Prasad.